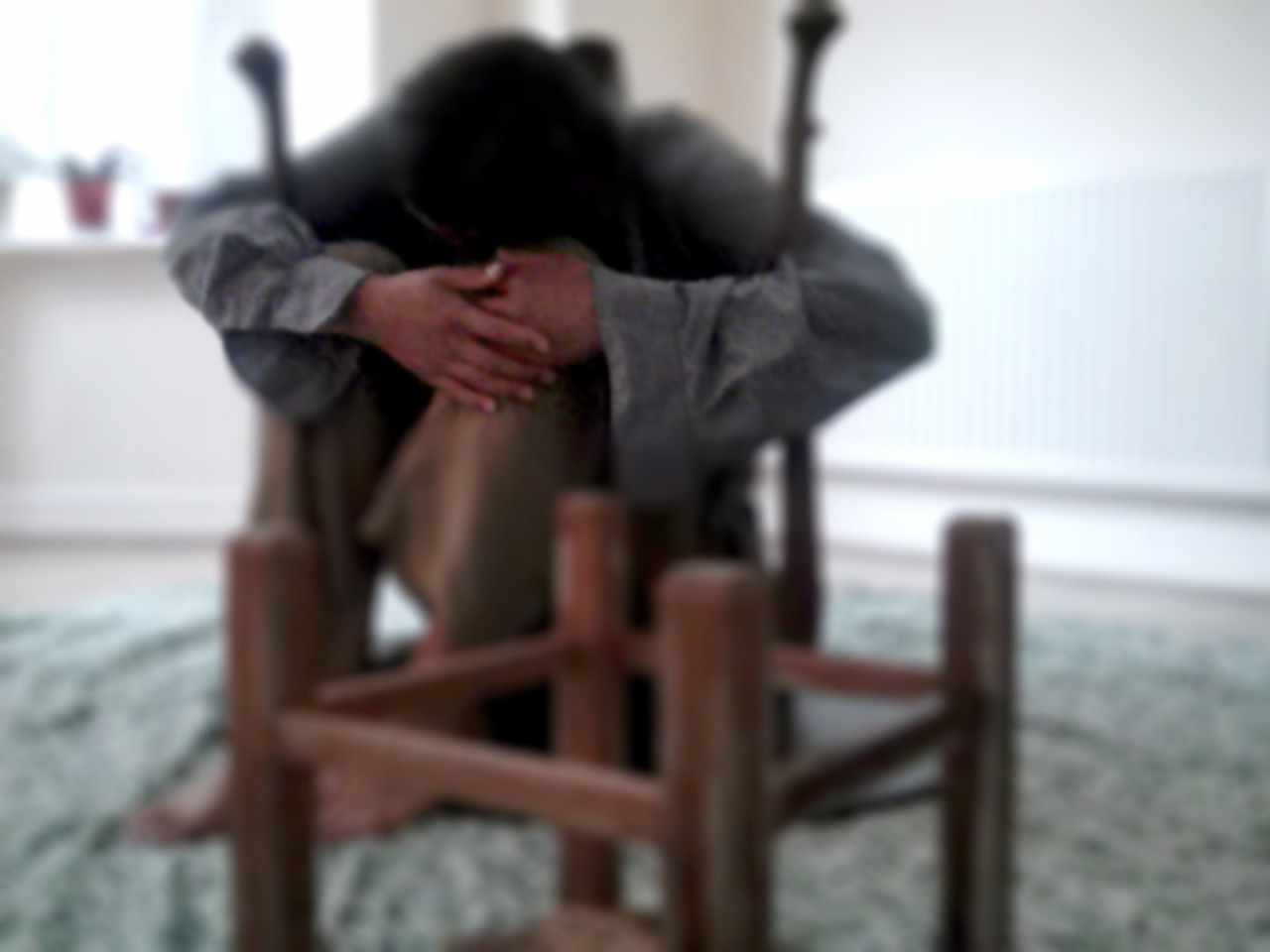 Chiara Dellerba is an artist and curator who describes her practice as an organic open work structure of experimentation using a system of signs and methodologies. Originally from Bari in Italy, Chiara lives in Nottingham. She co-produces F-L-A-T-5, an interdisciplinary research art space at her home and is currently Programme Manager at Artcore in Derby. You can follow Chiara on Twitter.

How do you typically begin a new project?

I usually begin a project in a very informal way such as through lengthy chats with my friends on topics that I am interested to explore. Indeed, the majority of the projects in which I have been involved started around a dining table, over of a cup of tea, or sat in a park. In this way, I like to create a space of conviviality in order to share different perspectives around a current need or interest. Content-wise, many of my project stem from the urgent necessity of challenging traditional historical narratives, aesthetics and social hierarchies. I am also interested in exploring how to expand the role of the artist and curator in society from a shaper of ideas, to a long term visionary and an imaginative explorer. For me, curatorial knowledge production – a complex offering of visual, spatial, theoretical, contextual and historically situated material – is based on concepts of theory as much as practice, with a deeply poetic motivated construct.

At the moment I am curating a programme of four residencies at Artcore, culminating in residency called ‘The Institute of Reminiscence’ produced in partnership with QUAD for Format Festival 2019.

For a year now I have been developing projects with Claudio Zecchi, an Independent art curator based in Lisbon. In February, as part of UK Young Artists’ City Takeover: Nottingham 2019, we will launch our book related to a project that we did last April in Cornwall with UKYA.

As part of the Experimentor project at New Art Exchange and a long term conversation with this institution, I am working on several collaborations with other artists alongside developing a specific project which involved a series of multidisciplinary workshops to investigate the un-productivity in productive places.

Tell us about the current or upcoming projects that you’re involved with.

My main current project is F-L-A-T-5. Together with Saria Digregorio, I turned our home and studio space into and interdisciplinary research space where we explore domestic narratives and conviviality. The idea behind F-L-A-T-5 is to create an open space to discuss homemade aesthetics, DIY ethic, the relationship between private and public, familial and class dynamics, economies of sharing and trust. Our programme of activities includes ‘living room gigs’ (we have hosted Nottingham-based bands like Red Sea and Cappuccino Kids playing alongside a dj night in collaboration with Nottingham Contemporary to celebrate the launch of Shadow Writing (Lace/Variations), a new commission by artist and curator Lorenzo Sandoval, part of the Project Space Restructured – Opening Weekend), ‘Occupy the space-workshops’ and the ‘Sofa Residency’ where participants can spend from 2 hours up to 5 days as our guests, using the entire flat and the outdoor space for their practical or theoretical research, or doing nothing at all.

We decided to start F-L-A-T-5 to activate connections between artists, curators, neighbours and anyone interested in transforming our home into a place of encounters that enable unexpected practices and experimental visions. At the moment we are hosting ‘HomeDance’ by Kim Bormann. Structured in 5 sessions, the research and development base where the investigation of movement will be informed by the home space, exploring habitual movement patterns and re-discovering familiar environments.

Alongside that I am working on an artist book, part of a project called ‘We want the Utopia’, started two years ago with a performance developed in collaboration with the dancer Antonio Abatangelo.

Most of the time I decide to work with other artists or curators who can expand my vision and my way of seeing things. I also like to work with artists who have an interdisciplinary approach to their practice. I think is important to apply art and design methodologies to challenge conventional viewpoints and enact new models, collaborating and sharing with others. I recently enjoyed working with Fenia Kotsopoulou, who has been one of the ‘Sofa Residency’ artists with her project: Acts of (Un)plucking. The residency has been an opportunity for her to experimentally explore issues around body-hair and other societally-unwanted features of our physical experience – those which give rise to feelings of shame. I found challenging and powerful how Fenia offered one-to-one encounters and remote collaborations exploring these shame-focused topics, recording audio-visual material and creating a short video piece, screened as part of her project ‘Cuntcinema’ during a sharing event.

My diary grows organically. I am currently curating the In Real Life residency at Artcore, which will culminate in an exhibition (18th October-1 November), based on documenting and creating visual experiments to interrogate the notion of over exposure and censorship, as well as critically play with ideas of reality and how social media and digitisation affect our reflection on the world and influence our perceived models of connections.

I am developing a collaborative site-specific project, in partnership with Reliance Art Centre and the University of Baroda, India as part of Artcore’s Kaipo Che! Residency in January 2019.

I would definitely recommend UKYA’s City Takeover, Nottingham 2019 (February 2019), for which I will present, with the curator Claudio Zecchi, a book which includes the outcomes of a residency at St Ives, organised by UKYA last April. Alongside the book there will be a performative workshop based on the concept of “sweet failure” in collaboration with Kim Bormann.

Also, don’t miss Kim Bormann’s HomeDance project at F-L-A-T-5, every Saturday from the 15th September – 13th October with a final performance open to anyone who would like to be part of it.

I am really excited about the upcoming F-L-A-T-5 programme! I have just seen a really interesting exhibition by Francis Alÿs “Knots’n Dust” at Ikon Gallery in Birmingham, featuring Alÿs’s latest work in a mix of animation, drawing, film, painting and photography as a reflection on the notion of turbulence. I am looking forward to seeing Tania Bruguera’s commission for the Tate Turbine Hall.

I would like to see mapping of collectives and independent art spaces active here, which for me make the East Midlands a really experimental and vibrant place.

I would like to see more people getting together to shape the future in an open dialogue between different disciplines, as well as more spaces to allow recent graduates to develop and continue their research once out of University, without facing that moment of not knowing where to go with their work.

Chiara was interviewed in October 2018.

All images are by and courtesy of the interviewee.