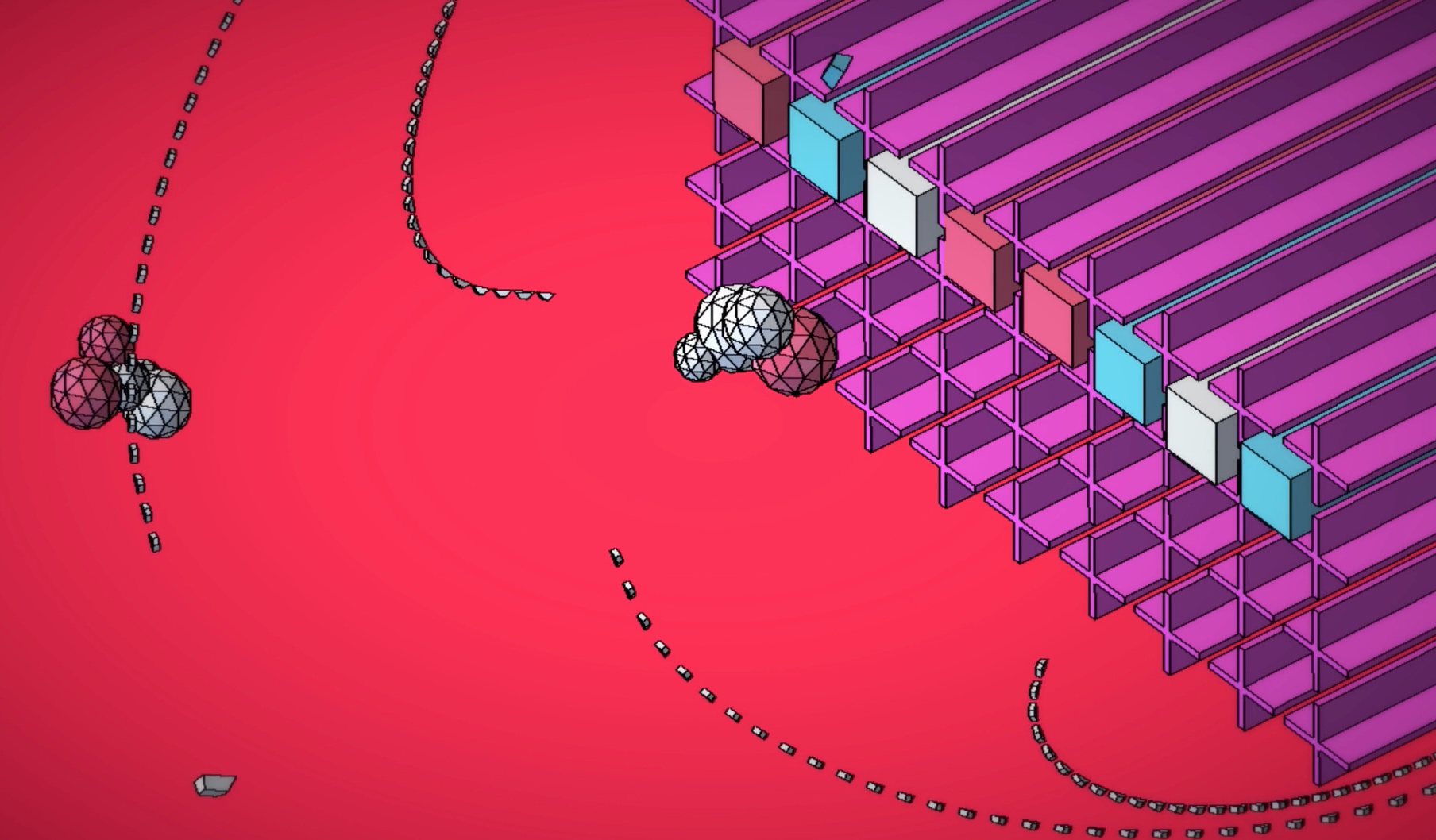 David Gilbert has developed and delivered exhibitions, programmes and projects in the visual arts, working for organisations and freelance in galleries, in public spaces, in a site-responsive manner and within heritage sites and festivals for 30 years. He has also led organisations of varying sizes and kinds – some like Creative Partnerships working across sectors, and others like The Art House having buildings and studio space, with artist development at the core of their purpose. He has a particular interest in working with artists using digital media, and in placing work in the public realm.

His recent work includes working with Artcore in Derby, curating and project managing D-LAB, an online commissioning project for Arts Derbyshire, working as Freelance Development Manager with Primary in Nottingham, and as Freelance Programme Producer for The Art House in Wakefield. He frequently works with artists to develop, fund and produce their projects, and has recently been working with Tony Wade on a playful project recording his circumnavigation of the boundary of Wakefield District, and is also an Associate Lecturer at Leeds Arts University teaching on the MA Curation Practices. He is based in Derbyshire. 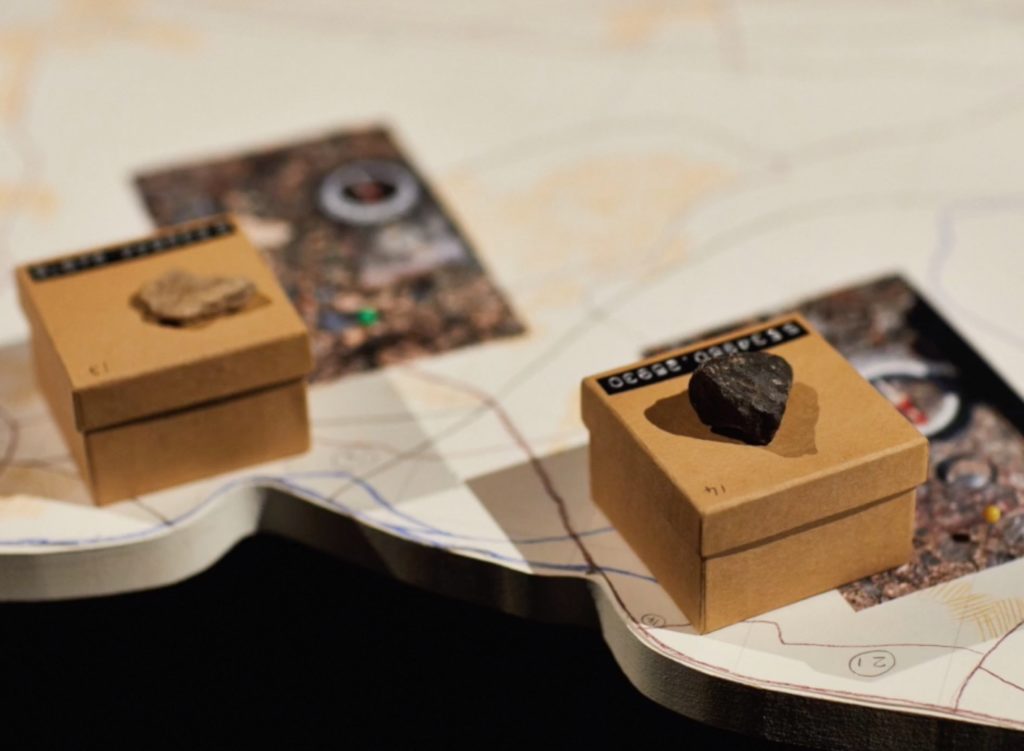 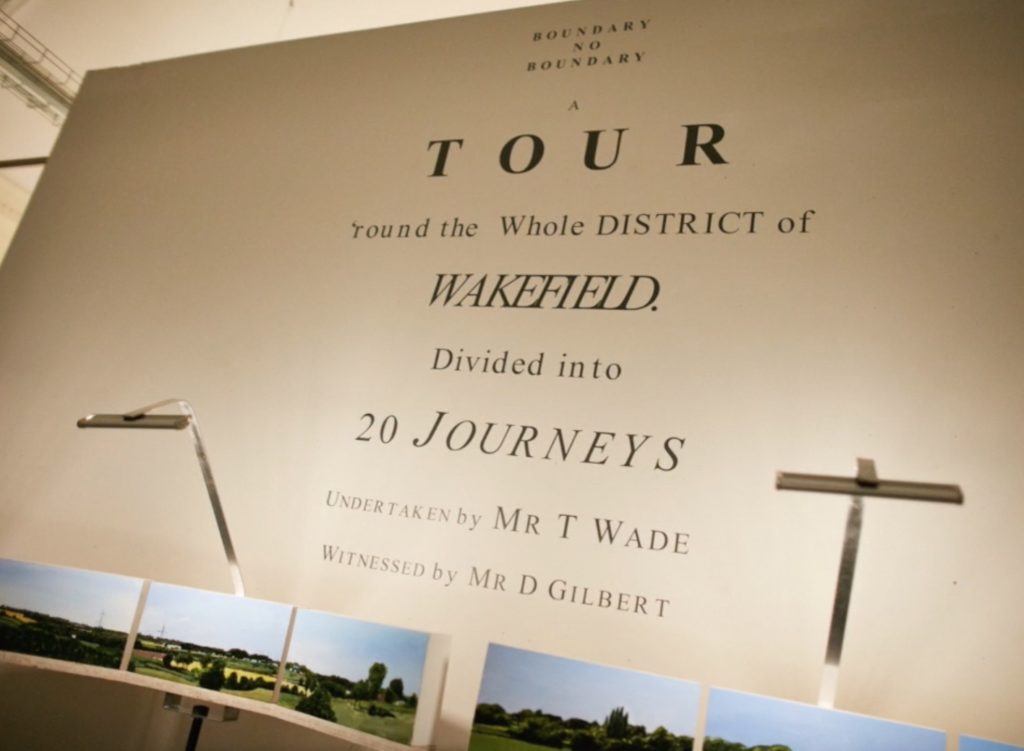 By quite a circuitous route! My father is a well-known Scottish painter, and any self-respecting teenager needs to do the polar opposite of what their father did, so I veered away from visual arts initially. After a year studying for a mechanical engineering degree I dropped out of university, then went back to study drama. After graduation I worked as a jobbing actor, formed a physical theatre company and did a lot of theatre in education work. I drifted into participatory work and youth theatre, which led me to community arts, and then ended up at Nottingham Community Arts (which was later demolished and is now where New Art Exchange stands). Here I started working with visual artists and redeveloped the building to create display space, so became a curator by accident rather than design. Realising that this was what I was actually interested in, I managed to wangle a gallery job in Rotherham Arts Centre in 1997, which meant I was able to work on Photo ’98, and this was the point at which I started to become more ambitions as a curator. I’ve moved away from curating a little from time to time – spending two years as a Creative Director for Creative Partnerships, and done a lot of fundraising and managing of organisations, but working with artists has always been my passion.

I’ve got quite a a few things going on at the moment, the main one of which is working for Artcore in Derby, where – rather excitingly – we have bought the former Laura Ashley shop on Albert Street, which we plan to develop as gallery and residency space upstairs, with 3 small studios, retail space for arts and crafts and a café downstairs. We plan to have a soft opening in August, then close for a major redevelopment next year, reopening in June 2020, so I’ve been working with architects, submitting planning applications and fundraising for the project. 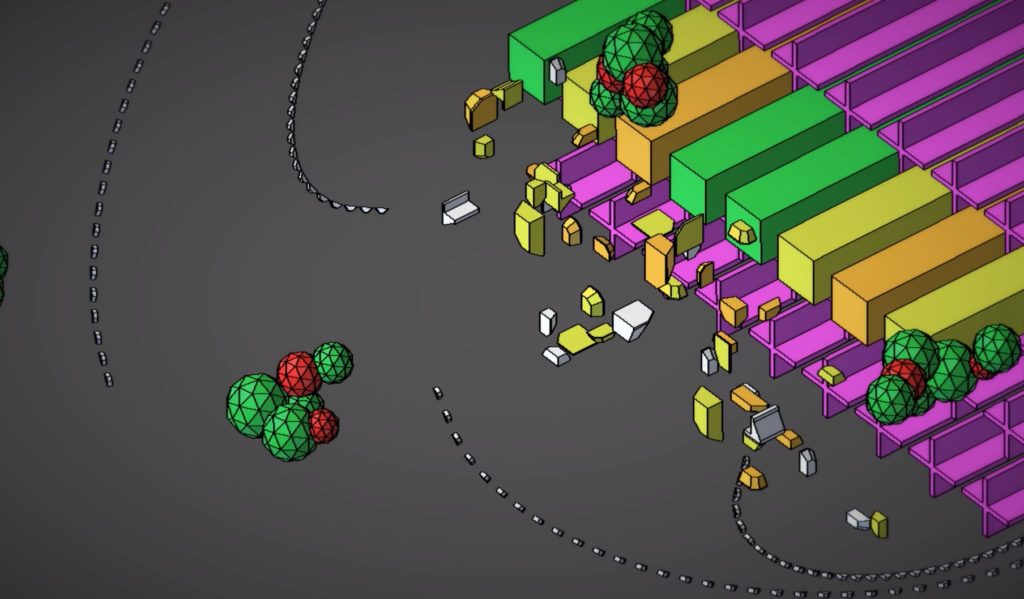 At Artcore we have two artists just beginning a thematic residency – Nisa Khan, who is part way through her BA Fine Art at University of Derby, and Charlotte Cullen, who is a member and studio holder of Serf, a studio space in Leeds. I’m also working on an INDEX fringe event for Yorkshire Sculpture International, commissioning five artists to make temporary site-specific sculpture around Horbury, just outside Wakefield, and curating a show with the Print Technicians at Edinburgh Printmakers, who have just opened a fantastic new building. 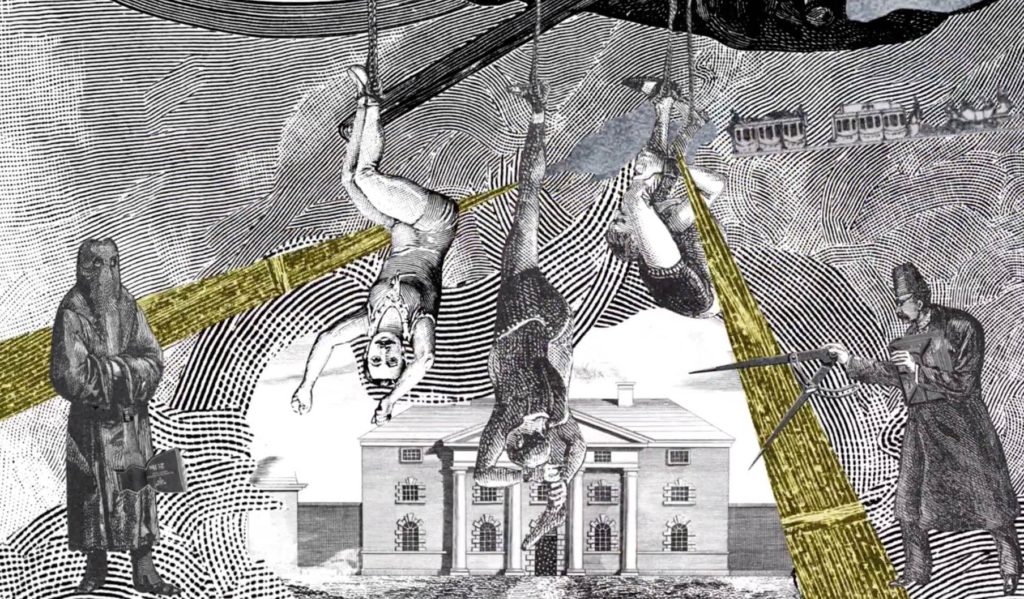 The project in Horbury launches on 31st July, and is themed around Charles Waterton (1782 – 1865) a pioneering naturalist, Victorian eco-warrior, explorer and Yorkshireman, and inspiration to David Attenborough and Charles Darwin. He was the first naturalist to establish a sanctuary for wild birds; at great cost he enclosed his 259-acre estate, Walton Hall, in the 1820’s, building a 3-mile long stone wall enclosing what became the world’s first nature reserve.

A generation of British school children grew up fascinated by his account, in his book ‘Wanderings in South America’, of riding a large Cayman (a South American Crocodile), and were awed by his description of his failure to be bitten by vampire bats in Guyana, though he left his toe deliberately exposed from his hammock for just this purpose night after night. Waterton was a true eccentric; as a Roman Catholic his religious beliefs already separated him from mainstream British society and his idiosyncratic behaviour – like using a wooden block for a pillow, walking barefoot in the park and reading Latin poetry in tree tops – only added to his reputation.

Wakefield Museum is now home to Waterton’s collection of preserved animals – some of which are made up from different animal parts mixed together into bizarre imaginary creatures. Waterton was an accomplished taxidermist, and invented a preservation technique which used mercury-based chemical to harden the animal skins rather than relying on traditional stuffing. Wakefield Museum’s displays include Waterton’s exotic birds, monkeys, a snake, anteater and sloth as well as the Cayman crocodile which he rode in South America and some of his satirical taxidermy.

Five artists – Stathis Dimitriadis, Theo Welch-King, Sarah Dewhurst, Adrian Riley and Ben Golding – have been selected to show work to appear around Horbury, in a disused red telephone box, in the Library, in Stan Barstow Park, and on flagpoles around the High Street.

I use Curatorspace quite often nowadays, though sometimes projects develop a bit more organically; for example Kate Genever and I did a show of her work at Haarlem Mill in Wirksworth recently, which is at leas the fifth time we have worked together. 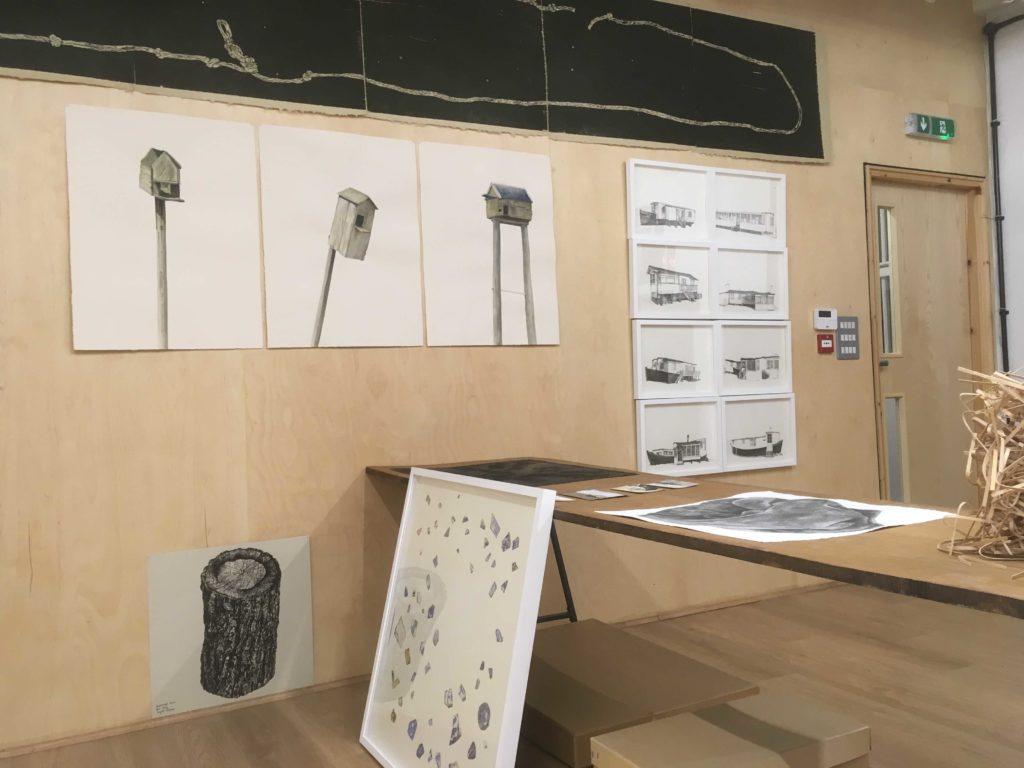 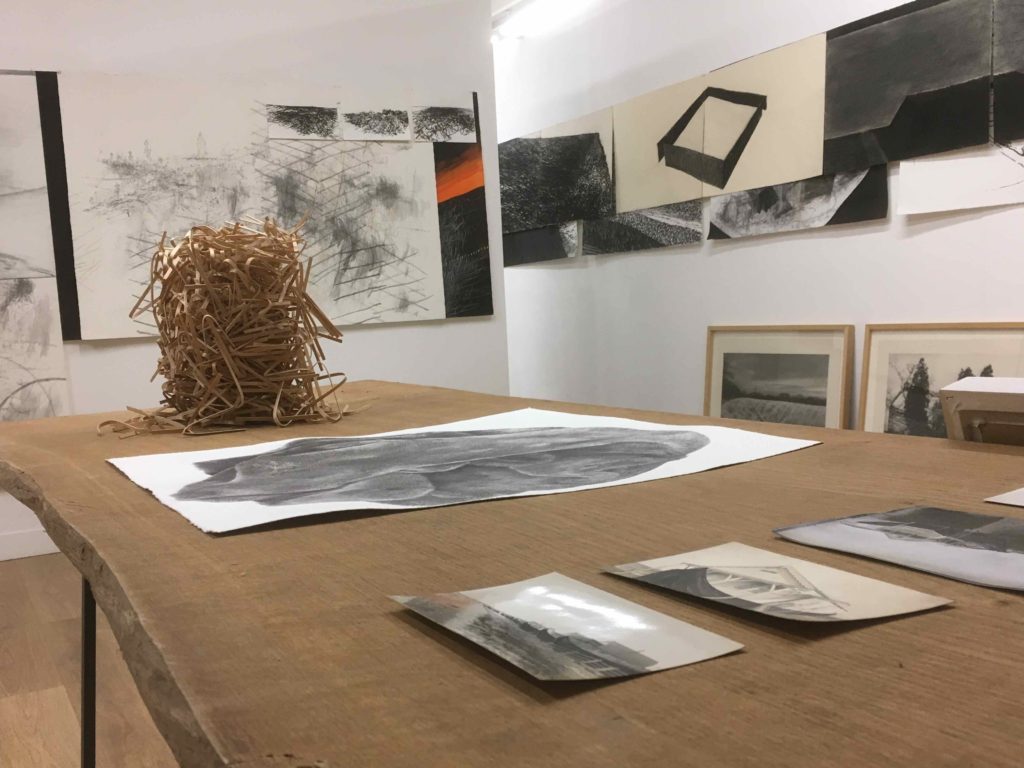 31st July is the launch of Yorkshire Sculpture International’s INDEX Fringe Festival, which includes the work I’ve been doing in Horbury (yes, I know it’s in Yorkshire …), then we’ll have an exhibition of Nisa Khan and Charlotte Cullen’s work from their Artcore residency opening on 5th September in our new building, and there’s the show at Edinburgh Printmakers as part of Edinburgh Art Fair, opening on 27th July for anyone who fancies a trip to Edinburgh.

I’m most excited about the work at Artcore at the moment. The organisation has grown really quickly and is forging ahead with a new venue, so things are moving very fast there. We are developing new partnerships and generating lots of exciting programme ideas which will take the organisation onto another level artistically, which is thrilling to be part of. It’s also a really principled organisation, that genuinely wants to develop creative opportunities for everyone and is tremendously welcoming. I’m looking forward to Coventry UK City of Culture 2021 too, though that’s a bit further off!

The most exciting artists to work with are sometimes ones you don’t yet know. I’m a big fan of open calls because they are a great way of finding new artists that you don’t already know – at Wirksworth Festival for example, I got to work with French artist BIBI, and Japanese artist Goh Ideta, who came to us out of the blue through an open call. I also like working with early career artists a lot – at The Art House in Wakefield I set up a Graduate Residency Programme, working with 6 universities including NTU, Derby and Lincoln in the East Midlands, giving emerging artists one-month group residencies where they could make new work, have ongoing mentoring and start to build their networks in the Artworld.

More capacity for artists in the region to make and show work. In Derby in particular there is a real lack of studio space and artist-led showing spaces, which of course we are hoping to provide at Artcore.

David was interviewed in July 2019.

Images are by and courtesy of the interviewee, except where stated.