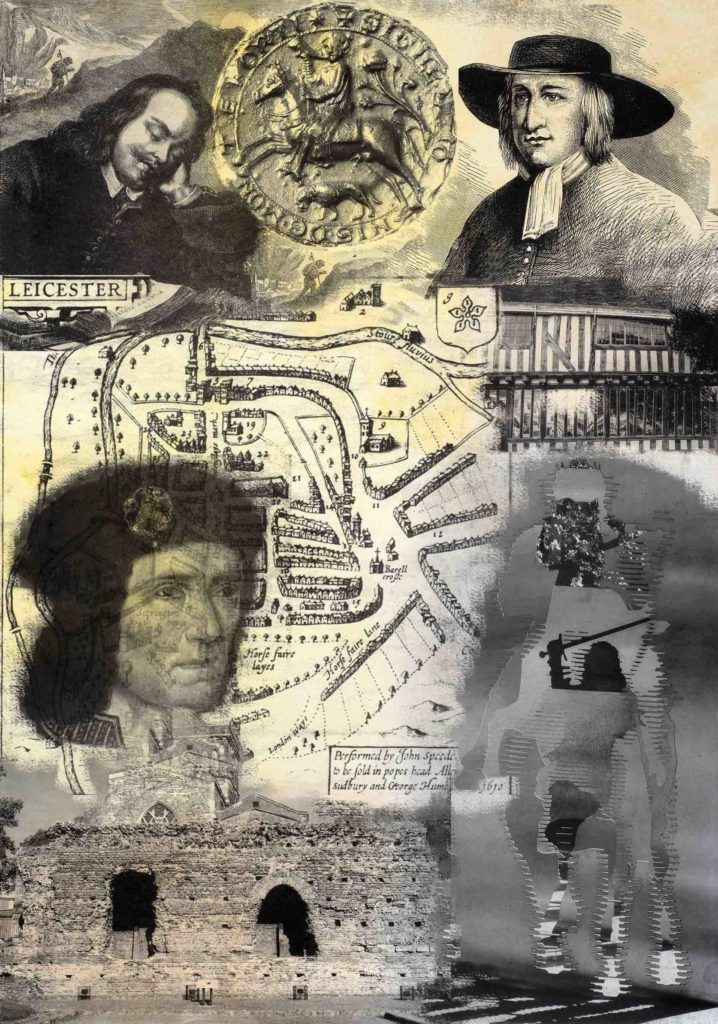 Dissent and Displacement – a modern story

Dissent and Displacement presents work by artist Monica Petzal and celebrates storytelling and the ways in which we reflect on our lives. Inspired by New Walk Museum’s exceptional German Expressionist collection, (the largest in the UK), and Monica’s refugee heritage, the themes of opposition, persecution and persistence are explored through a series of large-scale panels. Interweaving threads of family, politics, culture and art, Monica’s narratives range from the rise of National Socialism in 1930’s Germany to a Syrian refugee doctor living in Leicester today.

So why did this artist, who has exhibited work across the UK and beyond, choose Leicester specifically for her new exhibition? Monica said: “I was inspired by the exceptional German Expressionist collection in Leicester and the equally remarkable history of the city. I want to bring alive a rich mix of stories about opposition, persecution and persistence. This exhibition is in part, about the benefits we get from refugees, like those whose generosity made this collection possible. Leicester deserves its reputation for being in many ways a City of Sanctuary”. She continued: “We understand that history repeats itself and current events in Syria make us all despair. The story I tell of a Syrian refuge now living safely with his family in Leicester reminds us of the devastation caused by war and persecution”.

Dissent and Displacement begins with the artist reflecting on her maternal Jewish grandparents’ journey from East Prussia to Dresden as they escape antisemitism, through to her paternal family’s harrowing experiences of the Westerbork transit camp in Holland, and on to their eventual deaths in Auschwitz concentration camp. It details the distressing experiences of the Hess Family, founders and owners of much of the Leicester Collection and the pioneering museum curator Trevor Thomas.

Dissent and Displacement also celebrates Leicester, from its reputation as one of the most inclusive cities in the UK, through to its recent renaissance, (thanks to the spectacular success of its football team and the discovery of one history’s most notorious kings – Richard III).Both city and county have a long- established history of dissent and difference – from as far back as the 14th Century with the theologian and reformer John Wycliffe, to the Quakers with their Leicester founder George Fox, and through to Alice Hawkins, one of England’s leading Suffragette’s. In recent years Leicester has thrived on diversity, with the settlement of thousands of Ugandan Asians in the 1970s through to its Sanctuary status for refugees and asylumseekers in 2007. Contemporary Leicester has over 55 different types of religious communities’ in almost 200 actively used centres. It also has a thriving LGBT community who have also contributed towards this exhibition.

The exhibition moves on to depict the arrival of Monica’s parents in England, (with her father on false papers, like many contemporary refugees), covering the end of World War 2 and the catastrophic bombing of Dresden. Dissent and Displacement poses the question ‘what is it like to become British?’, looking at naturalisation, with a comparison of the experiences of Monica’s own parents with that of the Syrian Doctor living in the city of Leicester today. The final two pieces have been created digitally, (in response to the recent General Election and what this may mean for the city of Leicester), one image highlights some of Leicester’s most high-profile politicians and the impact that Leicester voters have had on the political landscape. Monica is keen to provide an audience of all ages with opportunities to interact with the exhibition, to post on social media, and even to take away their own postcard-sized piece of art. The exhibition will include an interactive experience in the gallery, where visitors will be able to make their own collage using pieces of print.

There will be a series of educational talks and an extensive out-reach programme associated with the exhibition. For more information visit: https://dissentdisplacement.com/events/

Monica is a printmaker, curator and writer. She owns and runs the Printroom Studio, a gallery showcasing international contemporary printmaking. She co-founded The Foundation for Women’s Art, a charity aimed at increasing public knowledge and understanding of women artists through exhibitions. 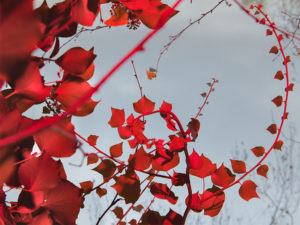 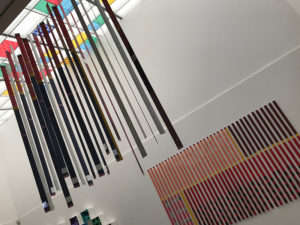 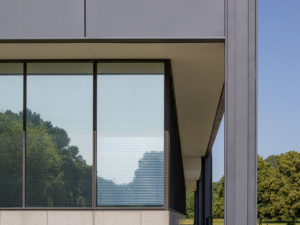 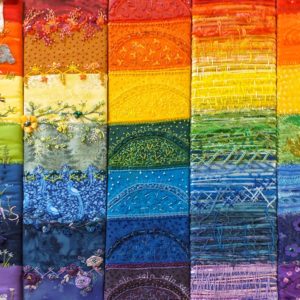