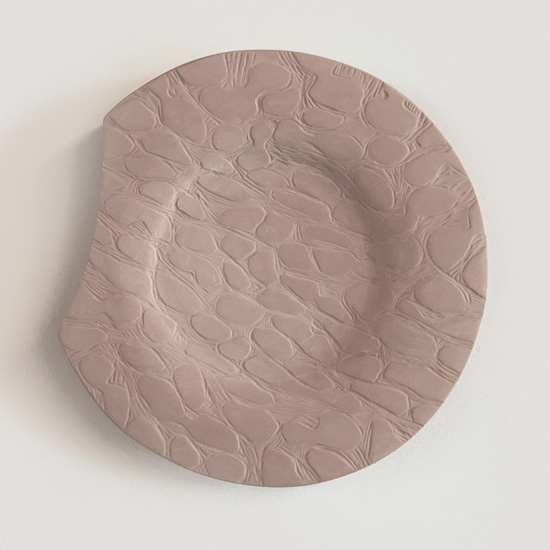 Daniel Cowlam makes paintings and sculptures, creating objects that reference but distort imagery drawn from novels, broadcasting and design. He graduated from De Montfort University in 2005 and has a studio at Two Queens in Leicester.

I live just outside Leicester and work from a studio at Two Queens in city’s cultural quarter. Most days I can be found working there.

Describe your practice for us?

I make paintings and, more often than that, what could quite broadly be described as sculpture.

Most of the sculptures I make are small handleable, often archetypal things. Recently much of my practice has been making, or perhaps recreating, objects drawn from the existing imagery of novels, old TV broadcasts, and the history of 20th century design. I use those objects as sources to create new objects. 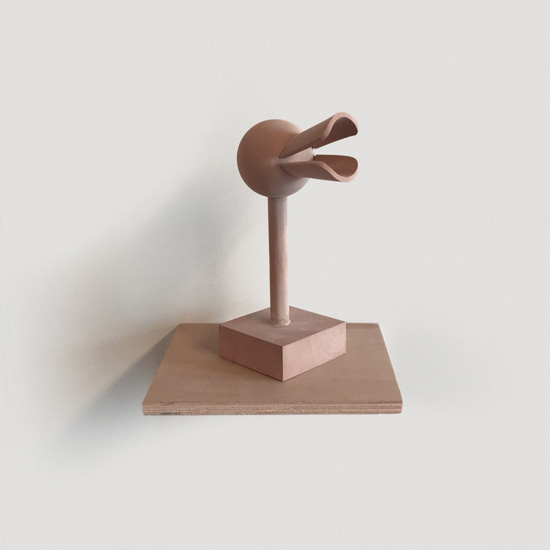 I studied Fine Art and graduated my BA in 2005. The route from there was slightly more meandering; I made lots of work that was never shown or even really intended to be. More recently, only within the last few years, I’ve been making and showing more. Recently I’ve moved to Two Queens in Leicester and I’ve been able to focus more on my practice.

There’s read across between your paintings and your 3D work, some have the same subject matter – Duck for example. But the sculptural pieces are sharper, bolder, the paintings quieter, more fleeting. Is there different motivation for you behind their respective production?

Sometimes I make paintings of the objects I make. Sometimes the paintings and objects have shared meanings and a shared set of motifs. I think that the paintings usually offer the chance to unpick the 3D work and render it anew. Painting, for me at least, is a very different process to making 3D objects. With painting there always has to be a real consciousness of the materiality of the paint. How the paint is applied to the surface. Not only what that use of the material says stylistically within the history of painting, but also how that can be continually improved visually. A process of building up. There seem to be near unlimited possibility with paint and the potential for it to be a never-ending process. With the 3D work the thing I’m making usually dictates the material used and there is only one material and one approach that’s appropriate. Here the form is more set and the making is a much more straight forward process.

Some of your sculptural works look almost functional – indeed their titles invite that – and some almost decorative, but at the same time they elude definition or categorisation. What are they?

I think that the most awkward of the objects that I make are the best; the ones that fit into this “almost” category that you mention. When I was younger I read and loved the novel Solaris by Stanislaw Lem. The Solaris of the novel’s title is a planet that can create objects from the liquid of its oceans. Objects spawn almost instantly but only through the presence and through the filter of an observer. The planet can only create things that already exist in the observer’s mind but its reproductions are always wrong through a mistranslation or skewed recollection. Their scale is off, their form warped. I think this is a nice model to think of when talking about making art and is somewhat like how those objects of mine are intended to work. All my work is referential to something I’ve seen – something that already exists. I try to make my references visible in the work, it’s just that everything is distorted into a different order. They awkwardly function – almost fit – but they are certainly always a version of what their titles say: “coat hook”, “lamp”, etc. And I’m very happy for them to exist just performing those functions. Sometimes I think of them as prototypes of things that might exist, or as stage props for something that could happen. Prototypes for new versions of an existing thing, maybe. That’s partly the reason I use polyurethane as a material; It’s a material that’s usually only found in the preproduction stages of objects, in prototyping. 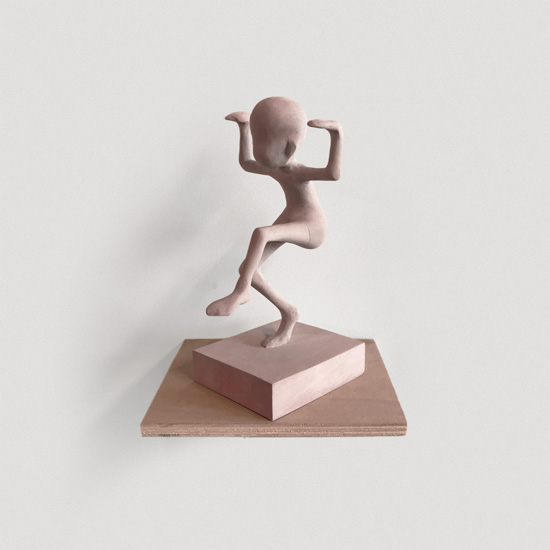 The processes involved producing these pieces are evident. Are you interested in fabrication, in process or is it simply a means to create the desired form?

I think process and the idea of labour is always important. When looking for source material much of my interest comes from the labour of its production and how those materials and methods are linked so closely to time and politics. I think this is an important part of the meaning within my work.

I enjoy making the work and everything I make requires considerable time and effort. This said, I try not to get too drawn into the romance of a particular material or method, but I like there to be real evidence of work visible in the final object.

At this time of year I always find visiting the undergraduate degree shows interesting and inspiring and I look forward to the MA shows later in the summer. It’s always quite humbling seeing whats being produced. I thought Mark Corfield-Moore at The RA Schools was making some really interesting stuff. I saw the Whitechapel’s open exhibition a few weeks ago and thought there was some good work on show there. Renee So’s wall pieces stood out for me.

My tastes on what makes good art have changed so much over the years. As a student I loved austere 1960s conceptualist works. Now I think I’ve more of an appreciation for much looser work that can’t be as easily pinned down. Today I’m happier to cast my net wider and enjoy very different qualities in a larger number of artists, but I see so much that I admire that I’d struggle to make a list. Recently I’ve admired Anthea Hamilton’s Squash, Tomma Abts paintings and Forensic Architecture at the ICA, but all for very different reasons.

You can find me in my studio at Two Queens and see my work and news about it on my website and Instagram.

Daniel was interviewed in July 2018.

All images are courtesy of the artist.