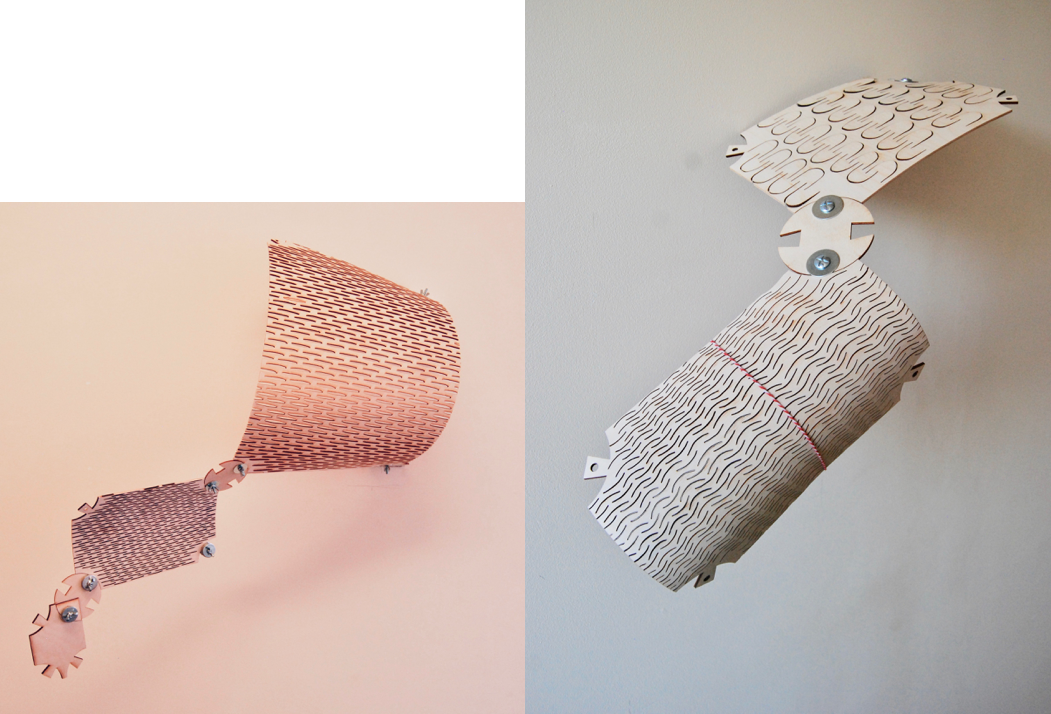 Gerard Williams is based in Lincolnshire. For over 30 years he has made and exhibited work in a wide range of contexts varying from artist run spaces to commercial galleries to national museums. The work has been exhibited in over 100 group exhibitions plus around 20 solo shows during this time in many countries across Europe extending out to Lithuania and Ukraine and a number of US exhibitions too. Examples can be found in international public and corporate collections as well as British locations such as the Arts Council Collection and Leeds City Art Gallery.

Waddington in Lincolnshire. We moved from London’s East End 12 years ago in search of space and a better and more affordable quality of life. We found it!

It has taken a great variety of material forms ranging from tiny things to large installations. There’s been a focus on material qualities and behaviours, explored through making and staging that has always been very particular (ie: anal!) but has shifted between the extremes of fine crafting right through to destructive ‘production’ methods. The work has become focussed around context (the place it is seen, made for or made about) and it is therefore developed in relation to such things as location, history, curatorial agenda etc. The final outcomes can’t be easily characterised overall because of the difference from one body of work to the next. Did I shoot myself in the foot by making such differing things? Maybe in some respects but it’s fun working in lots of different ways! 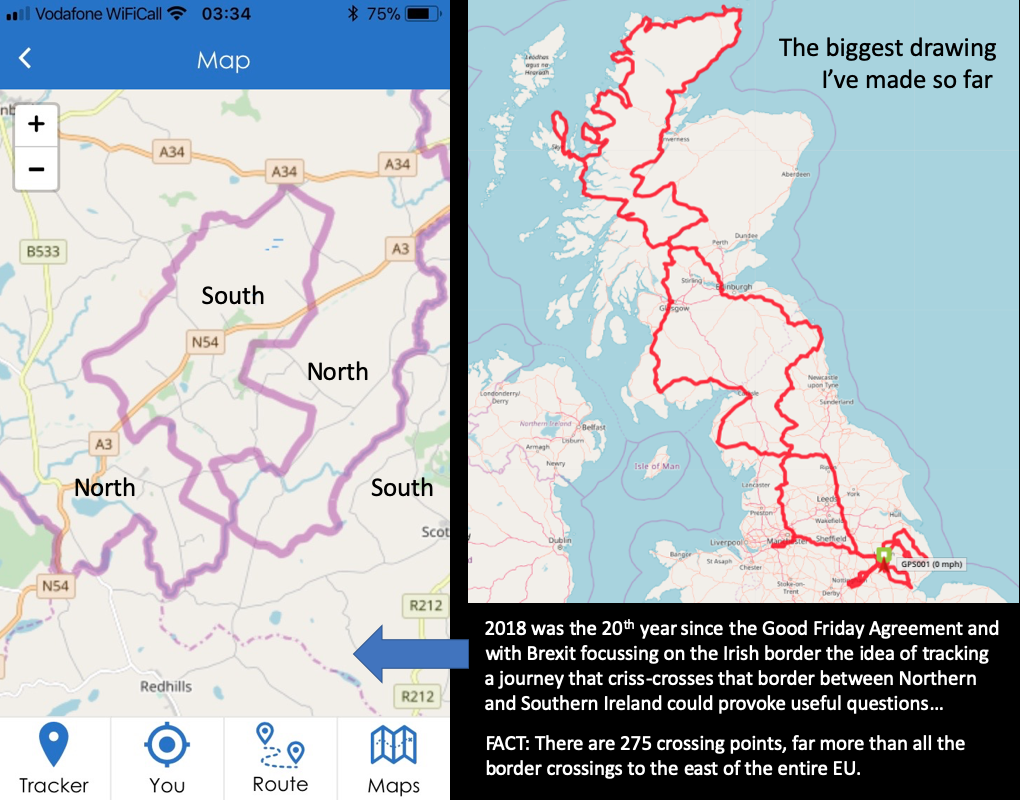 For over 30 years I’ve made artworks, mostly in bursts, bodies of works with gaps between. I was taken up by London and continental commercial galleries just before/as the YBA’s came along and exposure to the art market helped turned me towards a more research based practice that is driven by the sort of interests described in the previous answer. I think an increasing involvement with academia has influenced this development too. I’ve learnt lots about critical thinking through the wide range of studio practice based teaching that I’ve done and am still doing.

It’s said of your work that it “often invites the audience to re-examine aspects of their own preconceptions”. Can you expand on that for us.

Here’s an example of an approach that will hopefully help answer your question: I’m keen on deploying the doubletake as a mechanism that causes a reflex action in the audience, one that instigates what you describe. This works to build an initial audience assumption that then collapses into something else thereby throwing a light back on that first assumption or preconception from the perspective of having re-understood, thereby asking ‘…why did I think that in the first place?’ I don’t always work in this way but it’s an example of a method that I use to attempt to get audience to think in their own terms about those things mentioned earlier such as location, history, curatorial agenda etc.

‘Staging’ is a word used to describe a process you use to examine a relationship between things, objects. What does that yield for you, or is it an invitation to the viewer to discern something from such a relationship?

I use the term staging to encompass choice or treatment of everything around the exhibited work that influences the reading or understanding of the work and that is therefore implicated. It might mean ensuring that things aren’t seen or considered! Lighting, wall surfaces and colours, any text along with plinths and other support structures are all part of this. All this is definitely about placing things in particular relation to other things, made or found. It’s about setting up some dynamics that point the audience towards thinking about or examining what they are encountering and getting them to focus in particular ways.

You make as well as repurpose found objects. Is that in response to a specific context or history, or is it about the viewer, encouraging them to see the “join” as it were?

Often pre-existing stuff that has or had a purpose comes freighted with its own history perhaps including its use. Sometimes I’ve mimicked this quality as well as repurposed found things within the work so there’s hopefully a blurred edge between the made and the found: a kind of appropriation going on. It’s another method I’ve used in relation to context and/or history as a way of instigating particular ways of thinking about what is being presented. I like your use of the term ‘join’ and yes, it’s about using the join, visible or not, as a tool to spark examination of context, history etc.

Exciting and interesting situations and opportunities to work with that spark fresh thinking and approaches and thereby set new challenges for me. I get easily bored of working in the same way.

Maybe both developing and shifting the level of critical engagement of the practice along with getting (sometimes ridiculously naively ambitious) ideas to work. Looking back at some things I’ve done makes me realise that if I’d actually been sensible enough to know what was involved I’d never have done it in the first place! Glad I did though.

Having enough space and money and time to keep it going has been a regular challenge over many years. A list of the temporary and flexible jobs I’ve had and ways of ducking and diving to have space and time would be a long one. Finding and getting opportunities that present exciting contexts and possibilities for the work to grow and change has become one issue as I’m crap at self-promotion.

There’s a solo exhibition currently on at Villa Tamaris in La Seyne-sur-Mer, France which I think is really exciting, interesting and inspiring, I went to the opening. The place itself is great too, it’s owned and run by this small town but is a large contemporary art centre with great spaces, residencies etc. The exhibition is called Lux Fecit and it’s a big painting show over two floors by an artist who is a French national by the name of Alun Williams …he’s my brother! You can see something of this exhibition and his work via this link: https://www.twocoatsofpaint.com/2019/11/alun-williams-lest-we-forget.html

Looks like it’s in a pretty damn good blogazine thing too.

Where do I start? In no particular order and noting down an unscientific list as it springs to mind: Haim Steinbach, Tony Oursler, David Salle, Bruce Nauman, Cindy Sherman, Barbara Kruger, Jenny Holzer, Eva Hesse, Wim Delvoye, Richard Deacon, Tony Cragg, Sara Sze, … These are all famous and successful characters from a similar generation, the list could be very long and could get rather obscure if I continue thinking. Why these? Because of their use of material, making and staging and the way that these things mesh with their aims in many and varied ways.

Doing even more different and challenging things in new locations (I hope).

I’m not sure about wanting studio visits, my studio is more of an archive (dump) and a thinking space just now. I’d rather visit theirs in the case of artists… If time and reality were put aside and it was a visit for the sake of an exciting encounter then Andy Warhol, for discussion and critical argument then Olafur Eliason but in his studio complex definitely. Eva Hesse for sure, more realistic Philidda Barlow…

Projects or directions I’m moving slowly forwards (but that need deadlines and exhibition contexts) include using a motorcycle to collect GPS tracker data and random photographic images to explore edges and borders: What might start to happen when I collect this material whilst riding the edge of an Area of Outstanding Natural Beauty? …the Irish border? I’ve started to explore laser cutting from tiny hand drawn repeat pattern invented and played with (eg: shrunk and blown up etc) to affect flexibility, structure and shape using birch ply sheets. I’ve got some old collected studio crap out of storage to re-examine from the perspective of my practice today… Should you want to see actual works in the flesh as it were then there are usually a few in the back room at Handel Street Projects in London (the gallery director there Fedja Klickovac is possibly my biggest fan and supporter). There’s one built into a meeting room wall in Starkmann’s HQ in London (other works there by lots of much better known artists then me). A trio installed in the massive 19th century reception area of Les Salons de Regina, a private medical practice in Nice. Another few installed in a building belonging to Progressive Insurance in the USA who have a big collection of contemporary art. There will be others I’m missing out…

Gerard was interviewed in December 2019.

All images are by and courtesy of the artist except where stated.