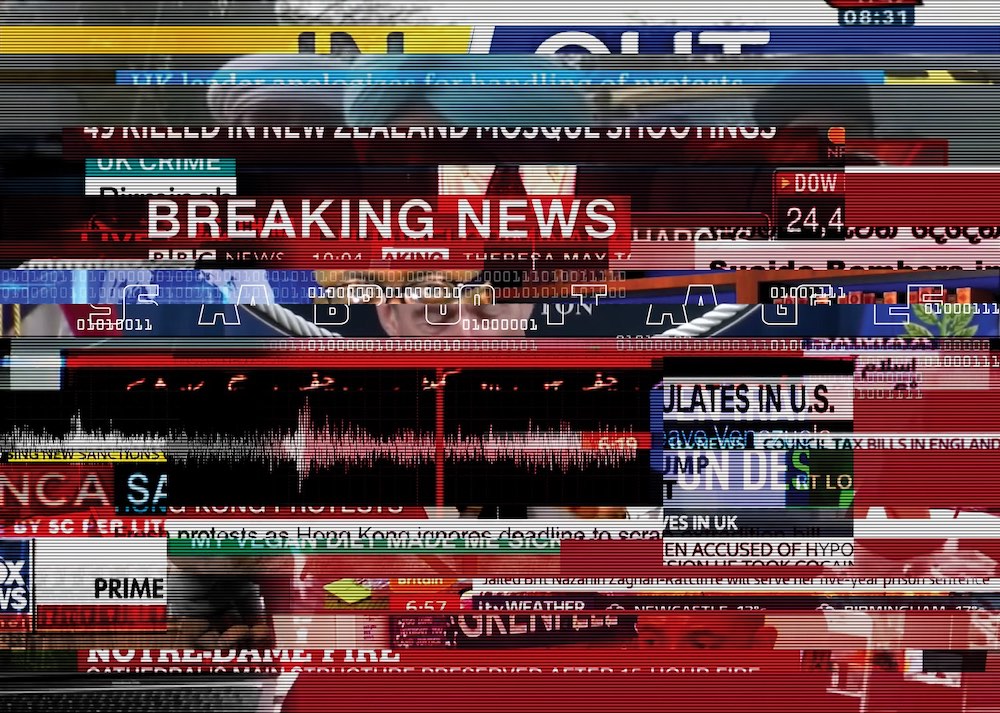 Jas Singh graduated from Central St Martins in 2012 with a BA Fine Art specialising in 4D. His work addresses sociopolitical current affairs. His primary medium is dissonant audio interplaying with architecture, installations, sculpture, video as well as interactive art – collaborating with the audience. Singh’s work mainly dictates these combinations. Life changes in 2015/17 resulted in neurological complications forcing Jas to take a hiatus in making. In late 2017 he returned to making and reconfigured his method of practice from audio dissonance to considering visual overload with the same intent. Jas is based in Leicester.

Practically my work was seemingly object oriented, made of installations and sculpture, then heavily injected with encountered sound art. Due to health circumstances I have since had to move to audio visual digital content.

Conceptually my work remains the same. The concepts that I work with are socio-political at all scales from the disruption and isolation of the individual to the global machinations manipulating communication and freedom, derived from Foucault’s writings concerning the panopticon.

My starting point is always the brutal honesty of lived experience. It is almost impossible to do, but my work is about inviting audiences to try to have an objective view of the disorientations that I have experienced, whilst trying to keep an objective view of my audience. I try to show all sides of the coin, including the third.

My personal circumstances are just that – personal – everyone’s circumstances are their own. I need others to disengage from a certain level of ignorance and adopt a different perspective, to open up in ways that they may not have thought of before. After the experience of being homeless, I soon realised that the socio-political focus of my work was definite, it became an advantage to have genuine ownership of a way of life dictated to me. It is like being a method actor, my lived experience enables me, and in a very definite way all my work is self-portraiture. I am not glamourising my situation, it’s just a fact.

To a greater or lesser degree most people ‘have’ something. I did too – great opportunities, health and access to success (whatever that means), after being attacked and literally hitting the ground hard, it became fundamental for me to amplify the perspective of the ‘have nots’, especially in a climate of austerity.

My early work was large installations playing with the idea of power and control, building large rooms in which unsuspecting audiences would be temporarily trapped – making them aware of the fragility between security and insecurity, of power and control, and the loss of freedom. Now that the large scale work has become less manageable, my work draws upon our engagement with media, our dependence, addiction, consumption and ultimately our sickness from media overload.

I did a part time Foundation at Central St. Martins, followed by BA in Fine Art specialising in 4D. I returned to Leicester and took a studio at Two Queens in 2015, where my health and life circumstances took a turn, causing a hiatus. I began some rehabilitation workshops at Attenborough Arts Centre, where I was approached to create and exhibit ‘Copper Brain’, and that invitation developed my confidence to return to the art world, (including this interview for CVAN).

I then took up a studio at StudionAme and returned to develop my practice. Since then I have had contributed to several group shows in Leicester and one in London, and have had a solo show ‘SABOTAGE’, a 24 hour performance, funded by Arts Council England.

You’ve said of your practice that it focuses on experimenting with the concept of sound as a language and understanding how the human body may encounter and perceive architectural spaces. Can you tell us more about that.

When I originally created sound art it was to do with control and controlling people’s emotions, causing unease through distorted pitch, without any visual cues or wall based content. My response to the space is dictated by the architecture, with the sound taking precedence and infiltrating the space as an institutional critique. The use of sound was more deliberate, to evoke more crude and intrusive emotional responses.

In my current work, the sound has evolved into a manipulated soundtrack which utilises the composition of musique concrète. The sounds already exist, and are drawn from the media and composed by my interventions to cause a more subtle disturbance of subliminal familiarity, akin to Oliver Sacks’ ideas on the earworm. The spatial element has been adapted to projections of visual overload intruding on and disrupting the architecture of interior spaces.

Can you say more about the idea of a visual overload that you explore in your work.

The visual overload is today. From the moment we wake, to when we go to sleep, we are fascinated and fastened to these things in our hands, pockets and by our pillow. Need I say more? It’s unavoidable. Now visual overload is strategically placed via algorithms onto your personal being to stimulate beyond your needs.

Your work often has a live element to it, and encompasses interactive pieces. What would you say that responding to or collaborating with an audience brings to your work?

Collaborating with an audience brings my work to life. Without the audience the work is dormant. The work only happens in the presence of the audience – and their presence feeds how the work is created as a live-response to them. I like to think that we stimulate each other into making the work.

I want an active audience engagement – not a look-at-the-work-on-the-walls passive experience. My work is the voice for the other. I’m not a spokesperson on Speakers’ Corner. I’m a voicebox, a conduit. I voice opinions that are in the public realm, without it being my opinion, as much as I possibly can.

I am not trying to dictate the experience. I am trying to make the audience feel included. Maybe by exposing how they are being excluded by the illusion of societal inclusion, designed to alienate and stimulate unnecessary needs.

I have to do it – it is a compulsion, an illness and it helps me overcome my other illnesses. Art keeps me sane.

The main point of my practice is communication and the rectification of miscommunication – which is what the original purpose of art was – or was it?

I don’t really like answering this kind of question, but if I have to then, having got back up on my feet over the past two years, being funded by Arts Council England to deliver SABOTAGE as a 24 hour live performance is pretty big.

My next stop is Dublin, Ireland for a workshop, re-establishing a pre-hiatus collaboration with Franko B.

Life circumstances leading to neurological complications and physical health difficulties having an effect on my ability to maintain the scale and a sense of independence in my practice.

The irony is that as a result of my brain injury I am now acutely sensitive to noise and light. More than a challenge – it’s a daily battle. I portrayed this in my work ‘Copper Brain’, which included an audio interface relaying a delayed and distorted echo of any sound made in its proximity. My sensitivity to light translates into the visual overload element of ‘SABOTAGE’. It’s hard work overcoming challenges – and it’s more of a challenge incorporating them into my method.

Enough about me. My subject matter is ironically not pertinent to the mainstream, even though the source material is. I want the art world to move on from shying away and refuse to compromise, giving voice to non-polarised content, free of judgement. Venues and audiences need to take risks.

Firstly because I was known as Diego on the football pitch when I was younger (honestly!). The ups and downs of his struggle, the authenticity of his creativity, creating new skills, self-generating undiscovered talent. Like me he was a kid from a tough background. Similar to my work the film drew upon extensive source material from mainstream media. 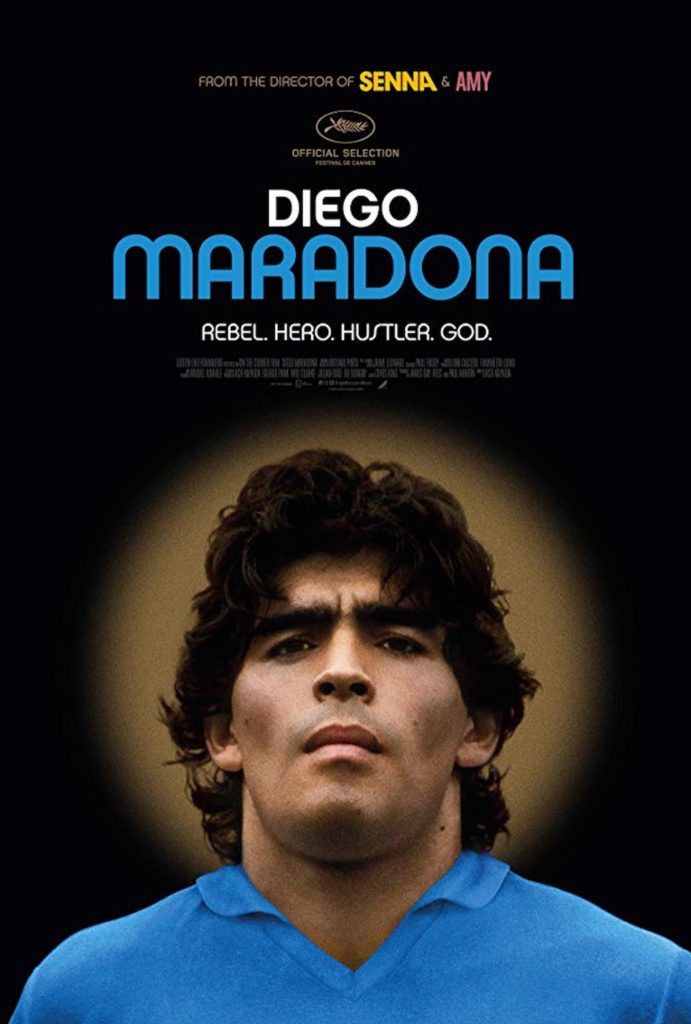 I’d have to say the artist I’m thinking of right now would be Mark Leckey and his iconic video, ‘Fiorucci Made Me Hardcore’. This piece is both mesmerising​ ​and fascinating.​ ​His video and sculptures which range from sound systems stacked high which spit out soundscapes to his autobiographical video montages compiled from found footage. I find his works speaks of class, technology and pop culture, exorcising emotion in many ways.

On my website and on Instagram  I am currently developing a proposal to tour SABOTAGE and a further proposal for a new version of SABOTAGE responding to local contexts in areas of low engagement with art.

Jas was interviewed in October 2019.