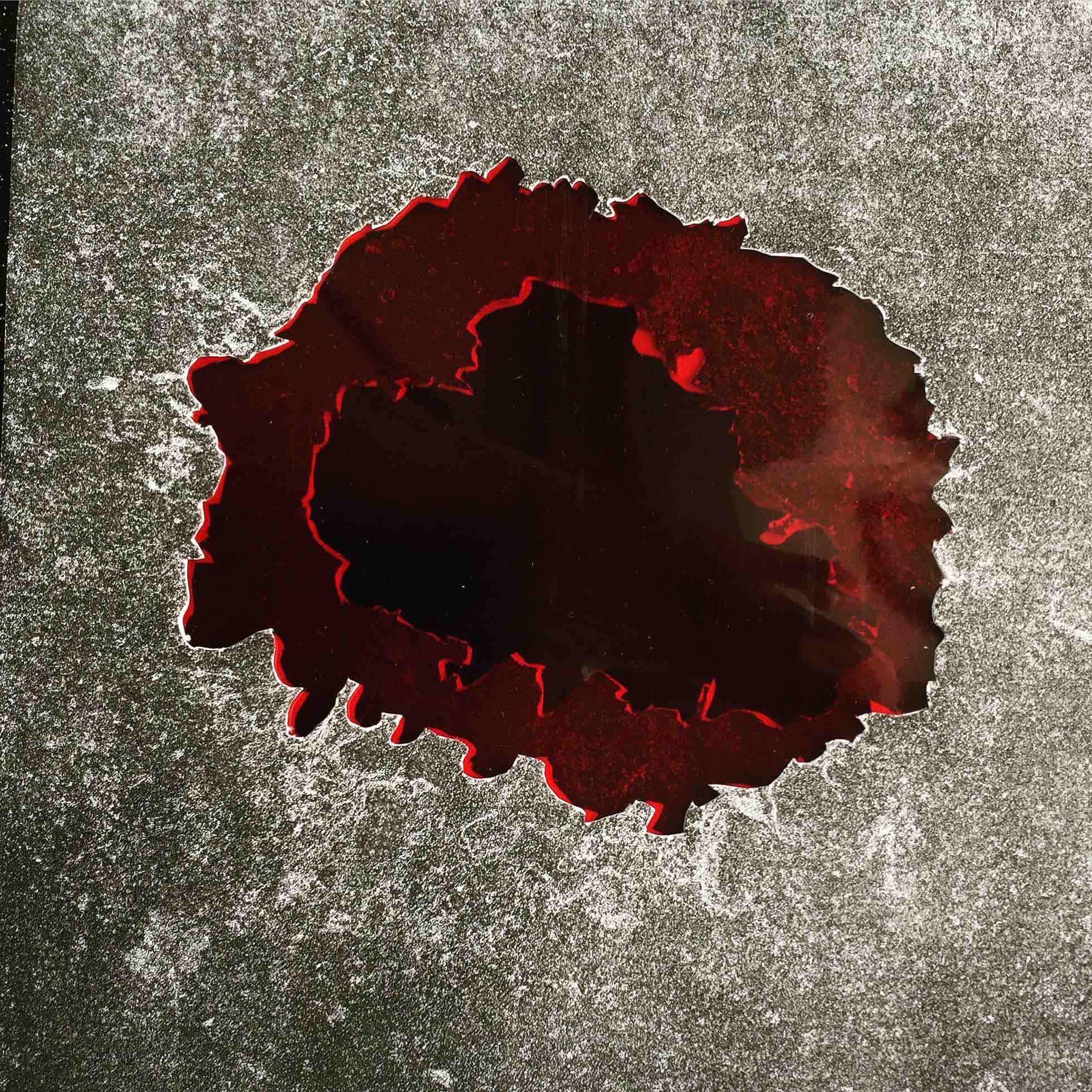 Sophie Cero is based in Northamptonshire. She creates artworks that set perceptions at odds with understanding, where ordinarily familiar activities seem eerily unidentifiable. Originally specialising in textiles and fashion, she has developed a practice that encompasses a range of disciplines and practices. Sophie has exhibited widely and produced work for Tate Liverpool, the National Trust, Gnarlfest and Edinburgh Fringe Festival. She is also Curator of ‘Wild Events’ for Fermynwoods Contemporary Art.

My studio is squashed between a dog grooming parlour and a jewellery workshop on a farm-based industrial estate near Oundle, Peterborough. It is a large space but the diverse nature of my practice means that the majority of space is used up in the storage of materials and I generally end up working in a tiny square in the middle.

My practice is largely sited within the domestic. Using a largely phenomenological approach, I take the materials and everyday actions of the home to establish a timelessness inherent in the mundane event, the outcomes of which may be realised in any number of forms: sculptural, participatory or film based. I am interested in the hidden narratives contained within the surfaces and objects of the home, these are qualities that are impossible to falsify or replicate. My aim is to use these objects as catalyst to reveal the underlying unheimlich nature of the home. In reality this means that my studio is full to the brim with old holey socks and the rotting detritus of my life.

My practice has largely evolved out of my maternal experience, trying to find clues and answers to big questions within the mundane and the repetitive. I originally studied Textiles/Fashion (Embroidery) at Manchester Metropolitan University. As I was obsessed with making my own clothes throughout school I tended to think of everything through a fabric lens. In retrospect this made the activational work I created on the course extra complicated as fabric isn’t really suited to automation. After leaving college I worked for Granada Television as Researcher on Coronation Street and finally making short films on location for Soap Fever. When I had my first child I found it logistically very difficult to work in programme making. After my third child was born I began devising large scale multiple participant projects for my children’s school and have since created socially engaged installations for organisations such as Tate Liverpool and the National Trust. My most recent involved working with 2600 KS2 pupils in every primary school in Corby to create an illuminated pathway. In 2014 I decided to concentrate my focus on my personal work and embarked on MA Fine Art at Middlesex University with the intention of establishing the theoretical framework underpinning my practice.

Your practice is multi-disciplinary, often featuring interactive, participatory and performative elements. Can you tell us about your process, how does a work evolve?

Ideas often arrive fully formed, the challenge lies in the practical realisation of the work.  Whatever I am working on, a seemingly unavoidable quality of my practice is extreme labour intensivity, all efforts to avoid this and simplify process have a paradoxical effect and tend to generate further complication. I have come to embrace this as an unavoidable part of my process. Exploring durational effort led to ‘Apple Pie Marathon’ where I attempted to cook 26.2 apple pies faster than I could run 26.2 miles and last month I performed ‘Popcorn Marathon’ at the RCA.

How does an artist with such a wide-ranging practice collaborate with other artists?

Performatively, I have collaborated for several years with Sally Lemsford as SSoCiaL. We have several strands to our collaborative practice usually involving elements of social engagement and durational action. Within this, we also like to incorporate objects that subvert reality in some form such as 8ft supermarket trollies made from roller skates.

You’ve recently begun an MPhil/PhD at the Royal College of Art, hard on the heels of achieving an MA. What would you say this academic dimension brings to your practice?

Having access to the amazing people, facilities and library at RCA is like being in a giant art sweetie shop. I am struggling to restrain myself from trying do everything all at the same time. I have found my somewhat belated discovery of theory has been helpful both practically and in understanding my own thinking and other artists work. It is somewhat overwhelming in its enormity but I am really enjoying the ability to focus on one specific thing, fully and intently, that working towards a PhD necessitates.

In terms of being in domestic space, I found Do Ho Suh at Victoria Miro last year to be amazing. Technically it is fascinating to see sheer fabric used to create such intricate structures with the most amazing detail. I was really excited before Christmas to unexpectedly come across Susan Hiller’s Channels (2013) which I had wanted to see for ages. The question of authenticity in relating autobiographical trauma in this work creates a compelling experience. I love the visual use of repetition as a device in the use of same but different objects. This also applies to Clido Meireles’ Babel (2001) currently showing at Tate Modern. As each radio spills out a constantly changing output, no two experiences of the work are the same.

I am a big fan of Bruce Nauman. His works have an enduring and a wonderful absurdity. I am particularly interested in his use of repetition to establish an abject union between violence and humour. I am also inspired by the portrayal of durational domestic time and actions in the work of feminist filmmaker Chantal Akerman. In terms of a physical, immersive experience of film, Swiss artist Pippilotti Rist produces the most amazing, visceral works that consume your whole body.

I have curated/created Smashing Time, with the wonderful Julia Maddison for InCase 5 at Intercession Gallery, Northampton from 14th February. Some of the films in my installation Still Life can be seen online. My work can also be seen on Instagram.

Sophie was interviewed in February.

All images are taken by and courtesy of the artist.