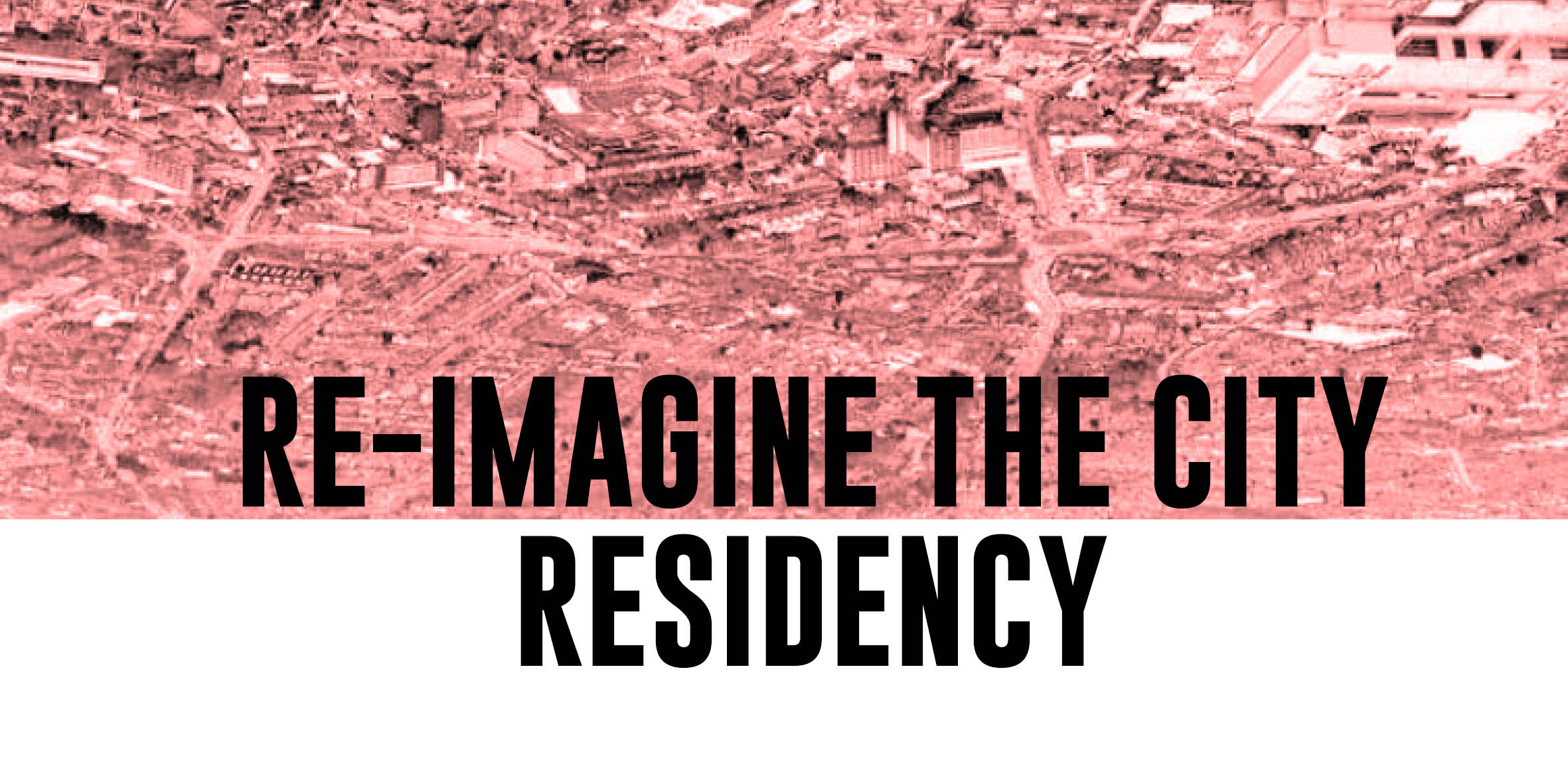 Artcore’s Re-imagine the City residency was an ambitious project from the start: the artists were tasked with responding, not to a simple theme, but to urban life as a whole; exploring the ways we live and work within cities. The resulting exhibition aimed to examine social groups within cities, explore the ways in which cities change and develop, and to investigate cities in relation to the idea of a ‘utopia’.

The selected artists for the project, Jess Price and Katharina Fitz, spent two months at Artcore during which they researched and planned their works. Jess, a Derby University graduate and emerging artist, actually graduated on the same day the exhibition opened. Her work follows a similar theme to that of her degree show, and aims to expose the prevalence of homelessness in Derby. She is passionate about drawing attention to the issue of homelessness and starting conversations about it through her art. Katharina is a more established artist, she is fascinated by abandoned buildings and is particularly troubled by the recent decline of pubs in the UK. Her work memorialises objects from British pubs, such as taps and kegs.

It struck me that in looking at cities, both artists have examined ideas of displacement; either buildings without people, or people without buildings. This made me think about the idea of ‘utopia’ and its definition. A ‘utopia’ is often thought of as an idyllic or perfect place, but that is not what it really means. The confusion comes from the Greek prefix ‘Eu’ meaning ‘good’ sounding identical in English to ‘U’, meaning ‘no’. A ‘Eutopia’ would be a good place, but ‘Utopia’ in its true sense actually means ‘no place’. It is fitting then that this exhibition views cities as sites of displacement, places where buildings lay empty and disused while people sleep on the streets outside. Cities become locations of dislocation, places of ‘no place’ where people have nowhere to go, and once thriving social spaces have no one to visit them.

Jess’ exhibited work is titled CCCXIX-IV-XCV-XL, the numbers refer to statistics she gathered about homelessness in our city. Her work uses construction materials, like bricks and white paint, as they are materials we often take for granted. The number of bricks and threads in her work refer to the same statistics as her title, with the 319 threads left of the bricks representing the amount of individuals who made use of the homelessness shelter over winter. This mass of threads contrasts to the 90 threads on the right, symbolising the number of ‘positive outcomes’ recorded from these cases. I was lucky enough to attend the Launch event on the evening of the 19th July, and heard many groups discussing Jess’ work and talking about homelessness and how it can be tackled. Their conclusions were mirrored by her work; giving people houses isn’t a perfect solution, as there are so many other fragile threads that cause an individual to enter and re-enter the cycle of homelessness.

Katharina’s installation is titled Transformation of Spatial Relations, it aims to explore the interconnectedness of pubs in the UK, and what their decline means for the British population. Katharina sees pubs as places where people from all backgrounds and cultures can meet and socialise and is concerned that their decline inhibits socialisation and integration. By casting a beer keg in clay, Katharina creates a monument to pub culture. But this monument is fragile, unlike a bronze or iron sculpture; it would shatter if disturbed or knocked from its pedestal. By taking casts from taps, kegs, and the paraphernalia of British pubs, Katharina builds an archive of material pertaining to Public Houses in the UK. Her work not only mourns the loss of urban spaces, it documents their disappearance.

Whilst visiting Re-imagine the City I was amazed at how well the two installations went together, both thematically and aesthetically. The colours used by the two artists, deep reds and oranges contrasting with bright whites, are almost identical. The materials too are similar; both artists see the act of creating a work as part of the finished product, and the materiality of their creative processes can be seen so clearly in the exhibition.

This thought-provoking exhibition is not just the result of two artists working on separate projects; it is the result of artistic collaboration and exploration. From working so closely together in the Artcore studio, Katharina and Jess have learned from each other and inspired each other’s practice. Artcore’s residencies are not just an opportunity for artists to get free studio space, a bursary, and to exhibit their work; but are also a way to connect with other artists and to learn and develop from working closely with other creatives. This creative connection can be seen in Re-imagine the City; it’s wonderful to see two artists with very different backgrounds inspiring each other in such a tangible way.

Re-Imagine the City was held at Artcore between and 20th July and 20th August 2018.

Images are courtesy of Lydia Grey and Artcore.