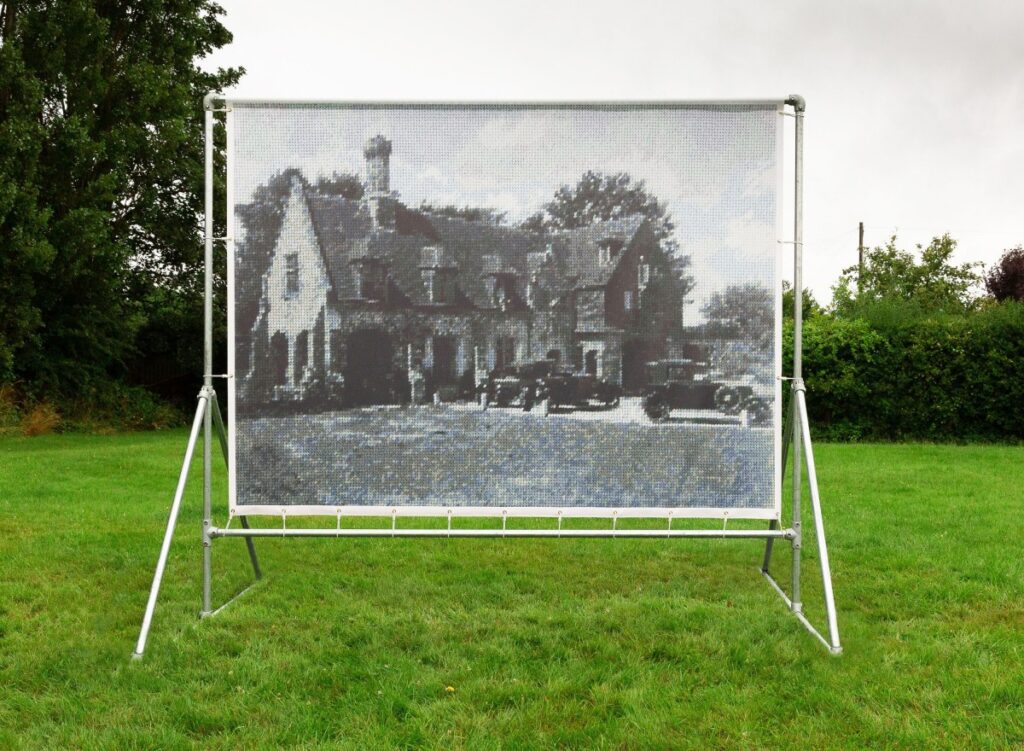 Sarah Bennett, Andrew Bracey and Danica Maier have spent the last four years rummaging, exploring and making as part of a residency at the Tennyson Research Centre in Lincoln. The bummock is the large part of an iceberg hidden beneath the surface of the sea. The project focuses on the unseen or lesser-known parts of the archive (i.e. the ‘bummock’) as catalysts for the creation of new artworks. Housed within the Tennyson Research Centre is a wealth of information and material about Alfred Tennyson, alongside intriguing content concerning his wider family who became the motivating focus for the artists.

Three large works were originally shown as temporary public artworks on banners on the Ridges & Furrows heritage trail in the village of Waddington in 2019, commissioned by artsNK. These will be shown in the gallery, alongside new artworks and vitrine displays that give insight into the working processes of each of the artists. Further artworks and the archival objects from the Tennyson Research Centre will be at The Collection Museum, Lincoln from the 16th January – 28th February 2022. 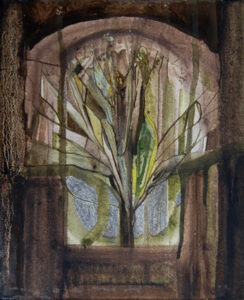 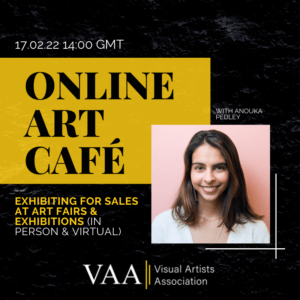 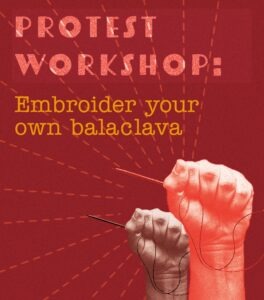 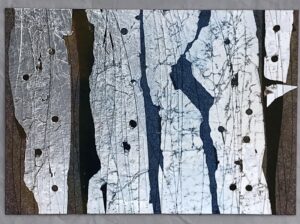