This exhibition looks back on 30 years of Coekin's photography

Chris Coekin was only 14 years old and living on the Eyres Monsell estate in the south of Leicester when he shot his first roll of film in 1982. Now based in Los Angeles this exhibition is a homecoming show that presents work from the very outset of his career though to his most recent series of photographs. Coekin studied photography at Leicester College.

His photography has seen him showing work in major exhibitions internationally from China to the Lebanon and across Europe. This exhibition is the most expansive presentation of Coekin’s work to date, including seven photographic series exploring histories of identity through working men’s clubs, histories of factories and unionism, and more recently conflict in the Lebanon and its coverage during his upbringing in the seventies.

His work is an expanded approach to photography combining, text, ephemera, audio and archival imagery within his projects. Though now based in Los Angeles his work is firmly rooted in his British upbringing in Eyres Monsell estate in the south of the city. His work explores the staging of identity through photography. It allows us to think through the way photographs tells stories about individuals and the way in which we use photography to talk about ourselves.

Works also explore the relationship between urban and rural settings that provide such strong focusses of identity for the British. The title of the exhibition is taken from the signs at rail crossings in the countryside that were designed as warnings but could be read as a demand for a better, slower pace of life in the country.

The most recent body of work looks at the relationship between modern day Lebanon and its media coverage during its bombing in the early eighties, the period in which Coekin shot his first photographs.

His work is funny and mischievous, gently sending up grand histories of class, of international politics and documentary photography. The exhibition Stop Look Listen gives an overview of an idiosyncratic photographer observing British identity over the past through thirty years through a lens that is subtly self-reflexive. This quiet and sympathetic study of British identities has been made urgent by the seismic shifts which the nation is undergoing during the run of this exhibition. 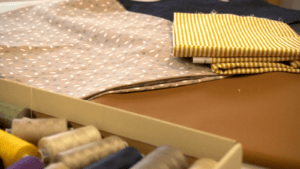 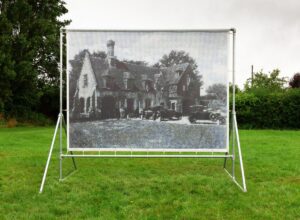