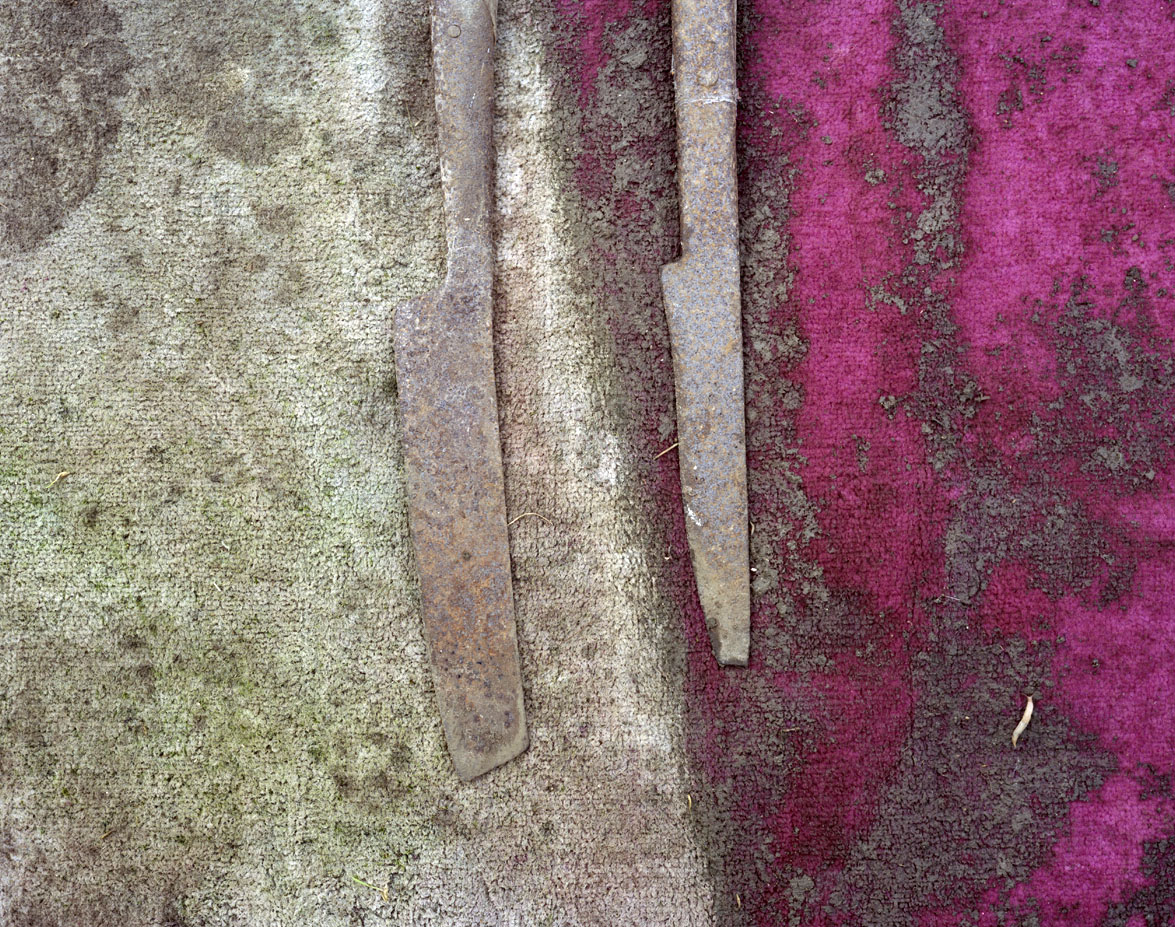 Lesley Farrell is an artist working in photography and is interested in exploring how the sense of a direct connection with the past, often perceived in objects and places, can be communicated through the photographic image. Lesley is also co-founder of the curatorial collective CommonAs. She has worked for many contemporary art galleries and organisations, as Director of Focal Point Gallery, Southend-on-Sea, Producer for World Event Young Artists, Nottingham, Community Engagement Officer for The Collection, Lincoln, and Programme Manager for The Art House, Wakefield. She is based in Lincoln.

There are two strands to my practice, which started out as more or less separate activities, but with common themes, and which increasingly have come to overlap.

As an individual maker I work in photography, often, but not exclusively, on film using a large format camera. I am interested in a sense of place and the connection to the past that we often attach to particular objects and locations. In past work this has led me to photograph forgotten and discarded objects found in my home and on my allotment, left there by others, whom I do not know, but with whom I feel an odd sense of connectivity. Most of my work is created in places to which I have a personal association.

My images could be described as still lifes, but I am also drawn to vernacular architecture, to seemingly ‘non-designed’ structures, and recently to photographing in an abandoned institutional care setting. I am interested in traces of past lives, touch, wear, to signs of individual ingenuity, and the subversion of objects for purposes other than that for which they were intended. I choose not to include people in my images, but rather attempt to convey a sense of absence and the passage of time. Colour is very important to my work, and suggestions of our relationship to nature seem to creep in regularly.

Alongside this photographic practice I also work collaboratively with Darren Diss under the name CommonAs. We curate and produce projects exploring sites of social and historic interest, bringing in other artists working across a range of creative practices, including music, visual arts and performance. As with my photographic practice a sense of place is central to this work, but it is also about working collaboratively and using creative means to explore a hidden history and finding new means to share that with an audience.

I have been working photographically since 2009. As a curator I have been working in galleries, museums and on freelance basis since 1998. I co-founded CommonAs in 2015 with Darren Diss. From 1998 – 2008 I was Director of Focal Point Gallery in Southend-on-sea, which was set up with, and had during that period, a particular remit of working with artists using lens-based media. My interest in creating my own photographs grew from this time. I undertook an MA in photography at Nottingham Trent University from 2009 – 2011.

I originally studied ceramics at Loughborough College of Art and Design (now Loughborough University), before working in museums and galleries, initially in an educational capacity. Whilst I don’t currently work in clay, I see many common threads with my photographic practice, my interest in objects, touch, the capacity to imprint an image or surface in both media, and the connections to domesticity. My interest in museums and museum collections also still influences my current practice.

What is it about photography that lends itself to your exploration of the past?

Do you create sets for your photographs or do the images record incidental scenes that you happen across?

I don’t create sets, but some images are staged. I may bring together things found at different times or in different locations and place them together to suggest a relationship. In that sense they are not ‘documentary’ images. In the still lifes, objects sometimes become characters. When photographing architecture and interiors I have used mirrors or other optical devices to alter the view-point, framing an image within an image and playing on the idea of the image/subject. With other architectural shots I form the images into groups, carefully repeating the same, usually directly frontal, view and choosing forms that mirror each other, often suggestive of domestic structures. The capacity for photography to be used to create taxonomies is something also specific to the nature of the medium and its evidential qualities.

Does your location inspire your work or do you seek locations in which to realise your ideas?

I do have a connection in some way to all of the locations I photograph, so in that sense they are places that have grown on me or inspire me. However they tend to be specific sorts of places, so in a way I am always on the hunt for places and objects too; particularly those I feel carry a sense of loss or absence.

How do your curatorial and art practices co-exist, are they exclusive of each other or do they interrelate?

When I was curating in institutions the two areas tended to be very separate practices and I actually found it very hard to make my own work whilst researching, curating or writing about the work of others. But it did create in me a habit of thinking about the work from the position of the audience that I carry to my current practice.

Now that I am initiating curatorial projects on an independent basis it has given me more freedom to choose which projects I develop and where I take them, and I find the areas of my creative practice overlap far more. The projects I am working on for next year will involve me both as maker and organiser.

I admire the work of photographers such as Nigel Shafran, for his focus on the ordinary and everyday detail, creating portraits of individuals through subtle, but compelling images of things we often overlook. Peter Fraser also for his attention to small details and the poetic simplicity of his work, and I am drawn to the work of Bernd and Hilla Becher and their industrial typologies. I also much admire the great American colour photographers including, William Eggleston, Joel Sternfield and Alec Soth.

In other art-forms I admire Dalziel and Scullion for the way they explore our relationship with the environment and ecology through their cross art form practice, Fischli and Weiss for their playful use of objects, and Rachel Whiteread for the significance of domestic space, touch and the physical object in her work.

In literature I read recently for the first time the work of Karl Ove Knausgard, which had quite an influence on me, his ability to relay a memory and evoke in the reader an almost physical experience of an event, through his forensic-like description of the details of a scene.

You can see my work on my website and you can find me on Instagram and Tumblr. I have two projects in development for 2018 with CommonAs. Details of these will be on our website soon.

Lesley was interviewed in October 2017.