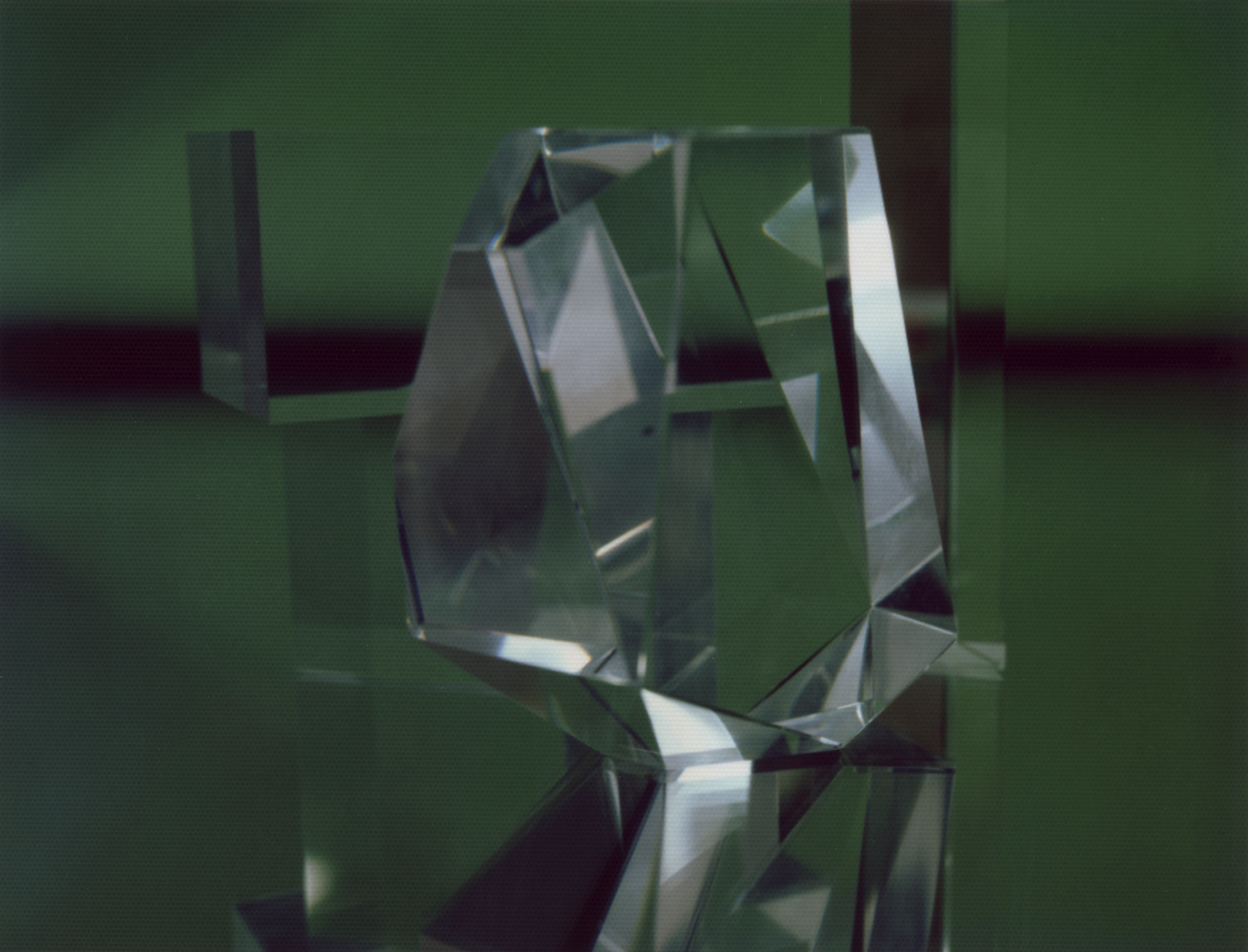 Luke Harby (b. 1972) is an artist who works solely with photographic film. Recent work has been shown with Noice Magazine, Humble Arts Foundation, Float Magazine, Streitlab and Lumen London. Previous exhibitions include NN Contemporary, MK Gallery, Cambridge University, as well as galleries in Italy, Spain, America and Hungary. In 2018 he completed two residences. He lives and works in Northampton.

I have a space at Burns Street Studios, Northampton, which I share with my wife Jessica, and sometimes our dog Boo.

I am an artist who uses film photography. My work engages with photographic production and reproduction, the fact (or fiction) that photography is merely representation and that all photographic images are illusory. I enjoy manipulating the subject using tricks of scale, displacing or adjusting context, and vandalising the image.

How long have you been practicing and by what route did you come to your practice?

My route has been somewhat circuitous. I left university in 1995, went straight into a white-collar job and became a salaryman. Over time my job morphed into something I would consider to be semi-creative. At the same time, I’ve always used a film camera and taken photographs (although I graduated in Fine Art), but the period after leaving university was really about cutting my teeth. My practice began in earnest in 2015 after a collaboration with the talented writer Amy Pettifer. I have also been able to progress from 35mm film to medium format, and more recently large format.

There is a strong sculptural and sometimes architectural element to your work. Are you influenced by those practices or are you more interested in the effect that you can create through photographic means?

Both, but definitely the latter. The sculptural element comes from an interest in bending the space by flattening, deepening or layering it somehow, and through the use of multiple exposures. I’ve worked with paper designers and architects to help me realise some of my projects. Architecture is certainly an influence and I have projects photographing models of buildings and small architectural elements.

A lot of your work plays with the idea of the photographic image being illusory or creating a fiction. Are we, as the viewer, in on the illusion or is a joke being played on us?

My intention is for the viewer to be in on the joke. One definition of photography I like is that it is a form of trickery. I’m working on a project at the moment that references conjuring, sleight of hand as well as magic and alchemy (also forms of trickery). Some of these images subtly reveal the method of their manufacture, there are others which don’t or are more secretive, but that’s where I think humour starts to creep in. Showing the ‘workings’ is definitely something I am interested in.

Your work seems to hover somewhere between abstraction and representation, featuring geometric and other non-figurative forms. What informs a line of enquiry for you?

The problem is that there is a lot going in – astronomy, geometry, geology, radiography, metaphysics, conjuring, alchemy, tricks of scale, models, processes, space, volume, representation, abstraction, illustration. For a single project, I only focus on one or two of these in an attempt to try and contain it.

I read a quote recently from photographer Uta Barth: “Most photographs are tied up with pointing at things in the world and thereby ascribing significance to them. These works are about the subjects depicted, or about formal ways of depicting a subject. Ideas about perception and seeing as content in and of itself – ideas that let go of subject, subject matter or ways to depict subject matter – are rarely found in photographic practice.” This is definitely something I feel resonates in my approach.

I really enjoyed the Surreal Science: Loudon Collection at Whitechapel Gallery (you have just missed it). It wouldn’t really enter into my work but I loved the collection, lots of strange and surreal objects, models of slugs, corals under bell jars, and cut-away anatomical illustrations of cows.

The list could be five times as long as this.

Ed Rusha – I like to look at his work when I want a laugh.

Claes Oldenburg – simply by changing the scale of an object he completely transforms it.

Andrew Bick – was one of my tutors at Cheltenham and currently has a solo show at Hales gallery. He is very processed-based and methodical and the space in his images is very interesting.

Thomas Demand – makes life-size models in paper and photographs them in large format.

I like several of the photographers from the Piece of Cake collective especially Sjoerd Knibbeler and Anita Witek.

Last year I wanted to try and research European (especially German) advertising photography from between the wars, this led me to Willi Moegle. I am interested in the laconic and seductive style that advertising and product photography often exploit. I want to research this further, so please contact me if you have any leads!

You can’t see anything in the flesh at present, but a proud achievement is being selected by Humble Arts Foundation for their show ‘Numerology’, featuring work I made in collaboration with artist Anna Brownsted. Their curatorial eye is excellent and I think the shows they present are always strong. I am also working with Anna on another project that we will hopefully debut later in the year, and soon I will be publishing a project of photograms I made whilst on residency with Fermynwoods Contemporary Art.

Other than that, you probably have to stalk me on Instagram. My work is also on my website.

Luke was interviewed in February 2019.