My Mother & Other Potato Peelers: All About Mothers was held at the Post Office Garden Workshop in Nottingham on Sunday 22nd July 2018. Conceived and run by artists and educators Tracey Kershaw and Anna Dixon, it marked the first in a series of conversational art events intended to bring together small groups of people to discuss aspects of the maternal while engaging in fun, thought-provoking and pertinent activities.

Mothers and maternal relationships concern everybody in a multitude of ways, both positive and negative. This event built upon and opened up existing dialogue around the subject, bringing together interested people to contribute and be part of an on-going narrative. The mundane, yet evocative act of peeling potatoes has always had social and emotional significance. As an archetype of traditional, domestic, unpaid labour, this repetitive action embodies the unglamorous, invisible and time-consuming work undertaken primarily by women, and mothers in particular. The workshop will allow participants to engage in this levelling and almost meditative activity, at the same time sharing their memories as a group and reconnecting with past experiences.

The six individuals who attended the event, which involved talking whilst engaged in activities using potatoes, were unknown to each other and from different cultural and social backgrounds, which created a thought-provoking and rich conversation. Involving both artists and non-artists allowed Tracey and Anna to promote contemporary art to a non-practising audience and create a lasting impact and memory of the value of artistic practice. Since the event, other individuals who did not attend have sent accounts of their conversations on this subject, as well as images of ‘Potato Mothers’ being created and carved, some with their children, suggesting it has encouraged people to take action and created new experiences especially within the domestic/home environment. 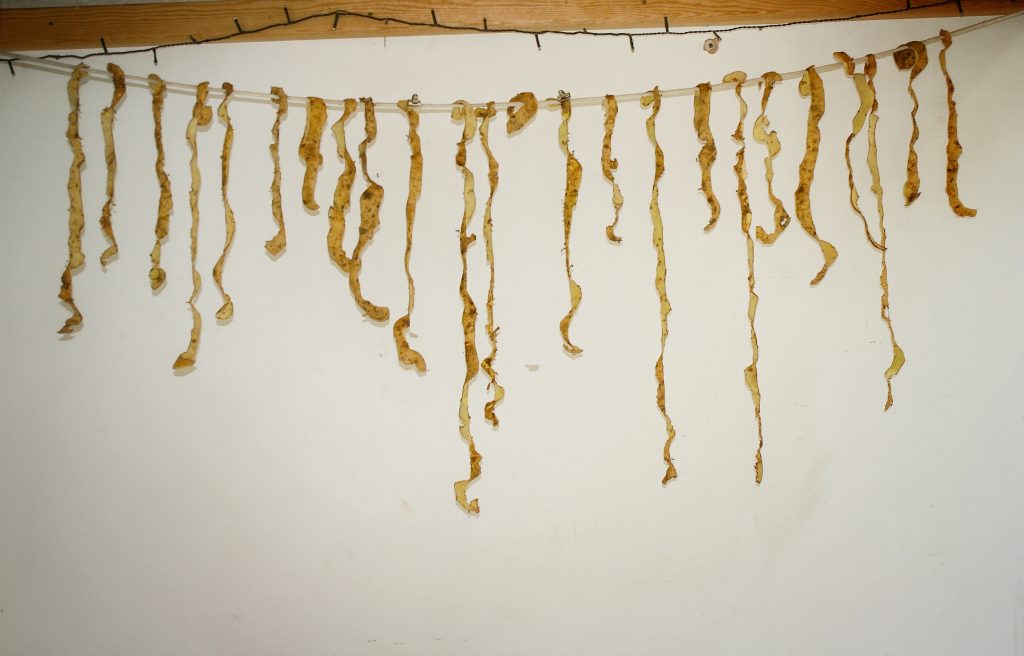 The event was deliberately open-ended, with the intention of not reaching a particular conclusion, but showed that collaboration, process and physical engagement were valued by and beneficial to the participants, strengthening Tracey and Anna’s belief that there is a real interest (and desire) for a space to talk and ‘do’.

Informed by their experience of running the event and feedback from participants, Anna and Tracey plan to organise further events this autumn and in spring and summer 2019. They will also combine a practical workshop activity with conversation related to the subject of mothers.

My Mother and Other Potato Peelers was proposed to CVAN EM’s The Start of Something project, which, through conversation, sought to bring people in the East Midlands together to explore a common goal, share experience and work collaboratively, ultimately to make things happen. CVAN EM supported proposals from groups based in the region, that it considered would benefit the widest community and make the greatest difference within the region.