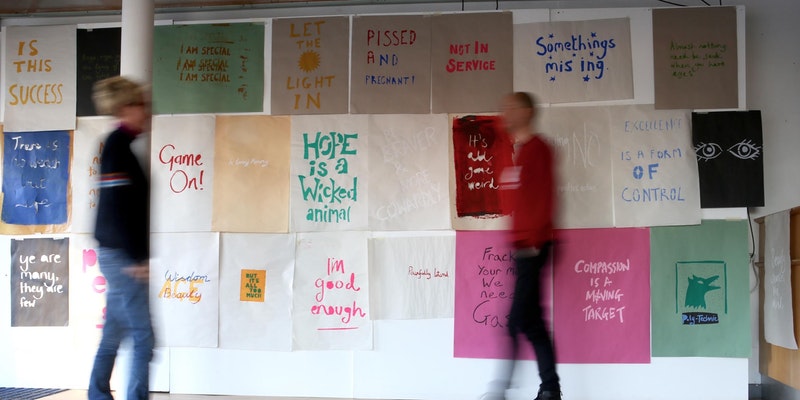 Radical Print, a poster ​screenprinting ​day for artists, took place at Leicester Print Workshop on Monday 6th November 2017, as part of Leicester Art Week. Conceived through a partnership between Leicester Print Workshop and the Poly-T​echnic, it contributed to You Me We, an ever-growing mobile protest poster workshop and archive developed and kept by the Poly-Technic [aka Kate Genever and Steve Pool] and offered an opportunity for artists to come together​, discuss​ and make work about how they were feeling. 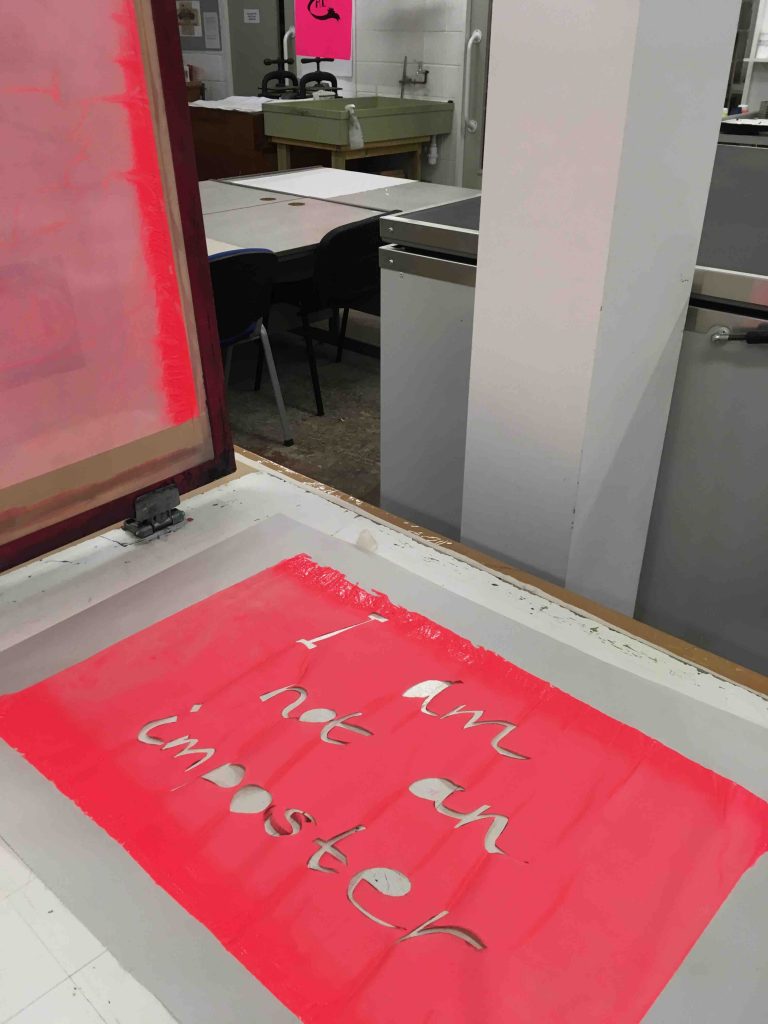 The 14 participants were introduced to the idea behind the workshop and encouraged to share with each other things that felt important to them at that moment. Some expressed anxiety about the state of world affairs, others used the opportunity to crate motivational or political slogans. Creating a sentiment pertinent to them, they produced a stencil on newsprint which they turned into a screenprinted poster with the help of technical staff at Leicester Print Workshop. 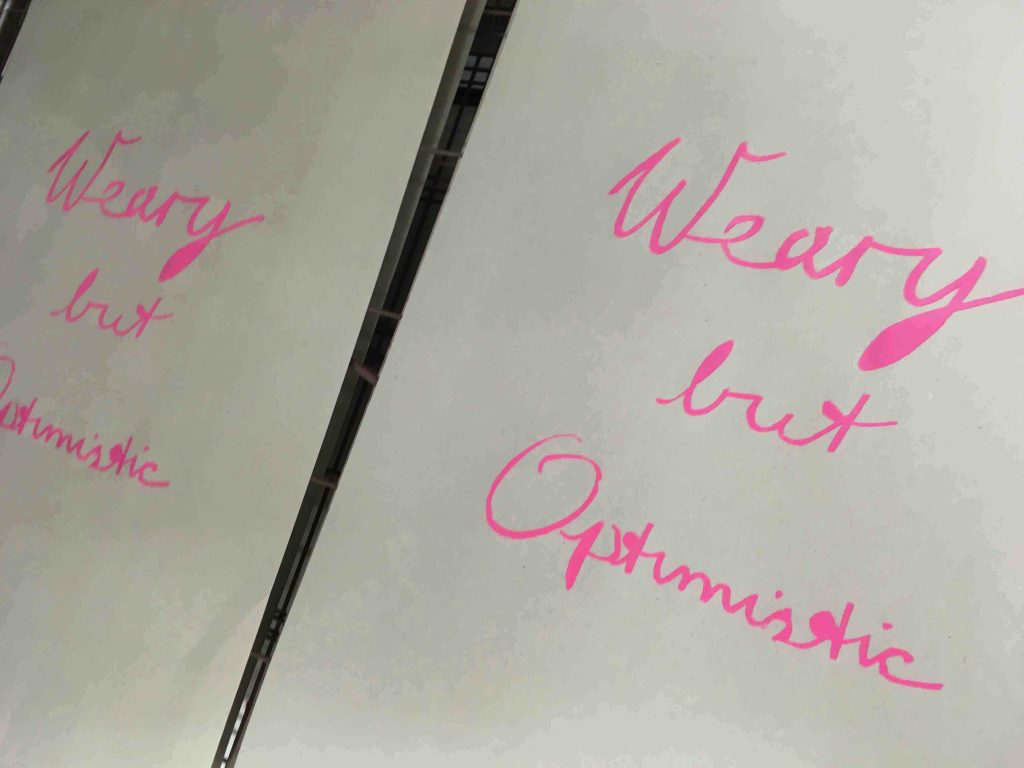 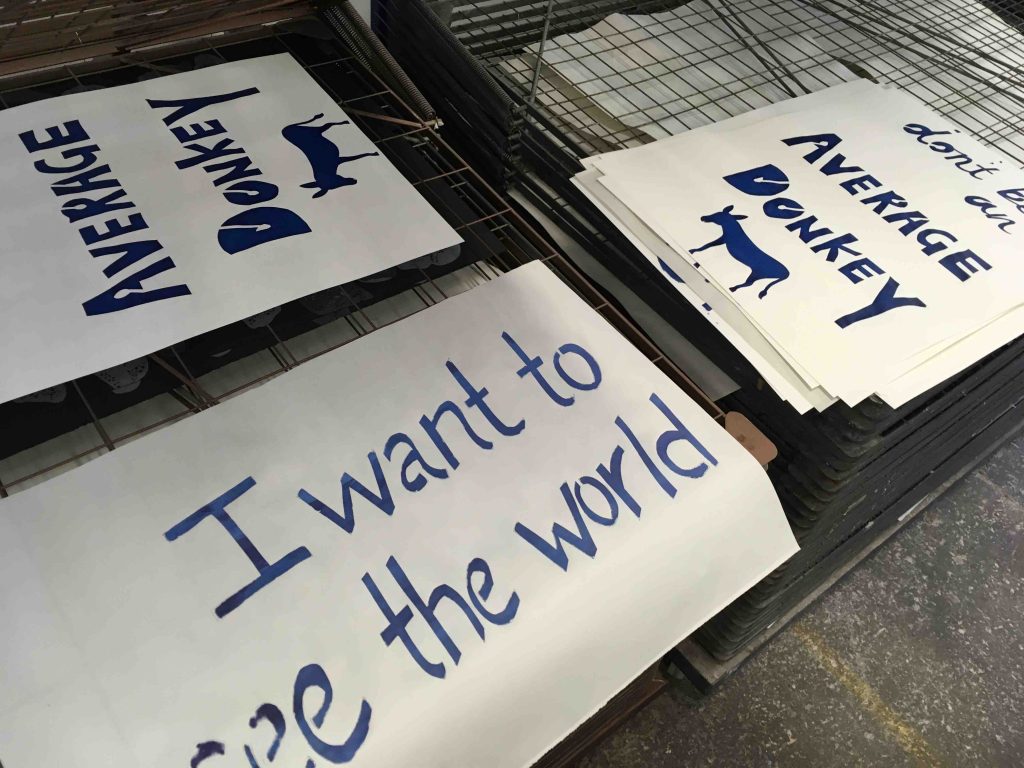 Once complete the posters were left to dry and the participants were shown examples of posters produced at previous workshops and told some of the stories behind them. As with other sessions, Poly-technic will keep two of each for the archive, which will continue to grow. 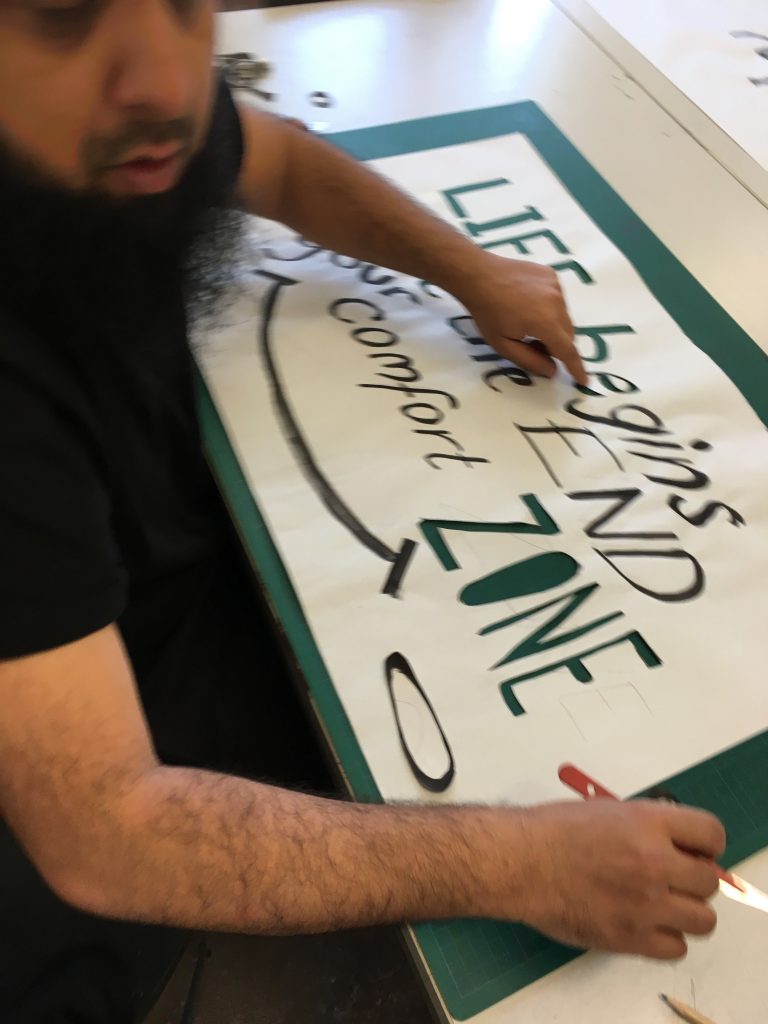 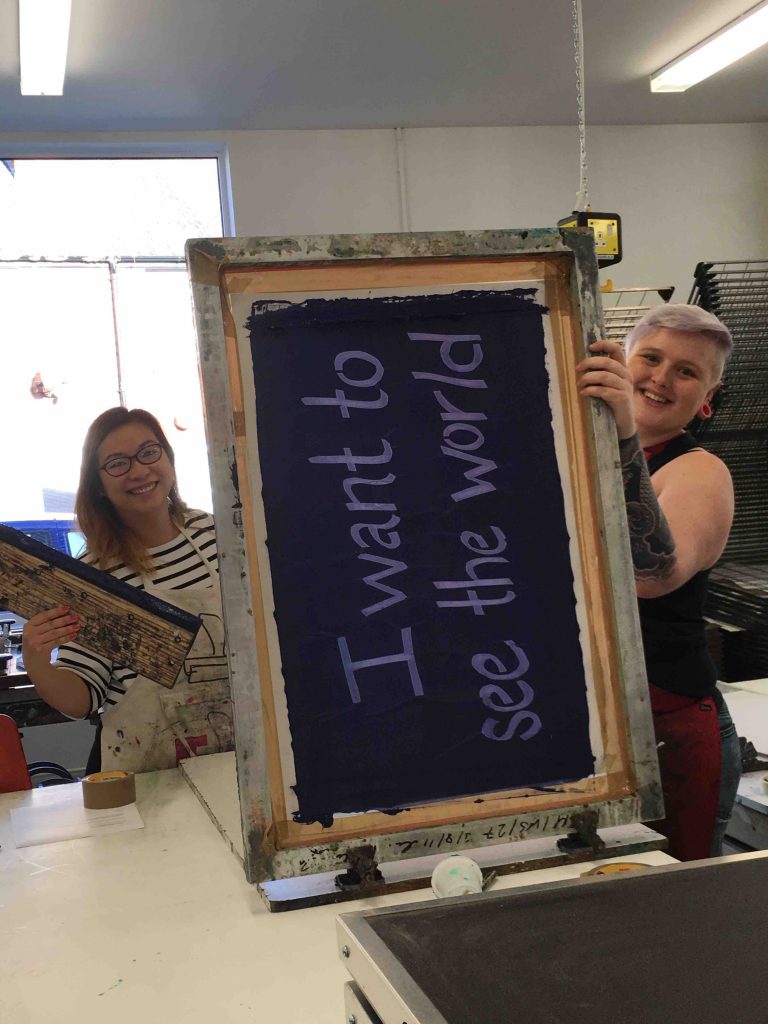 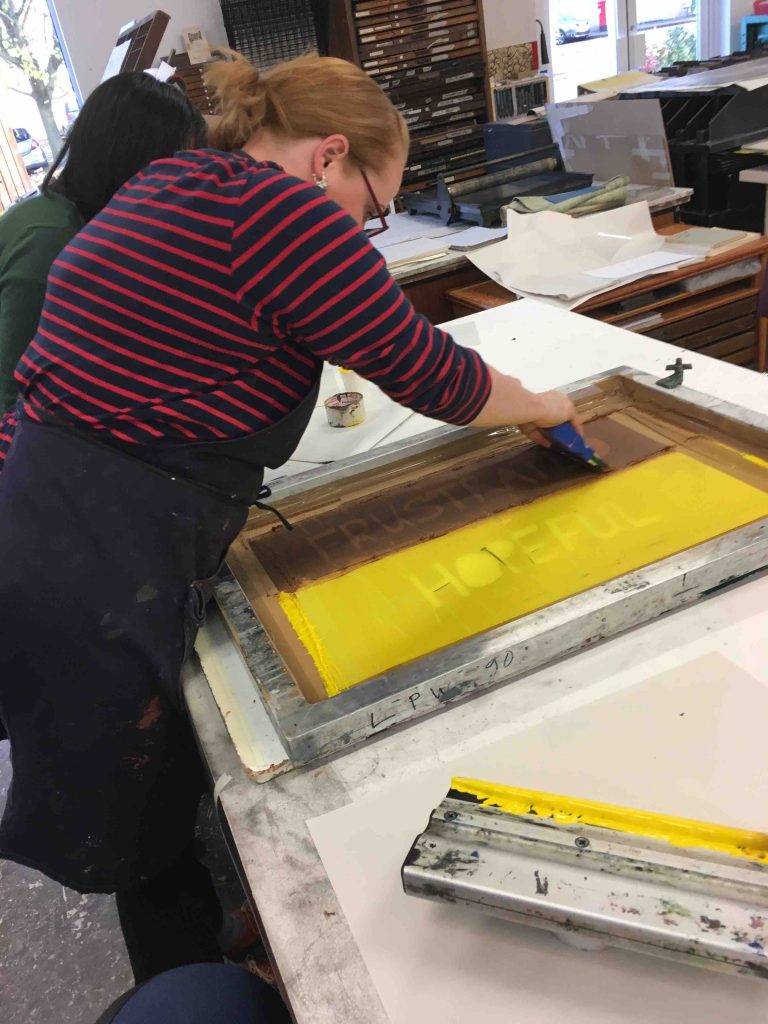 Kate and Steve said of holding the workshop:

“Steve and I really liked working in Leicester and are glad we have continued to grow a new partnership. We also felt that the support from CVAN EM really did support some good conversations and generated some paid work for the two technicians –  we also hope, through participating in the workshop, that new people found their way to LPW and to screenprinting. We were also happy to be part of Leicester Art Week and hope the rest of that goes well.” 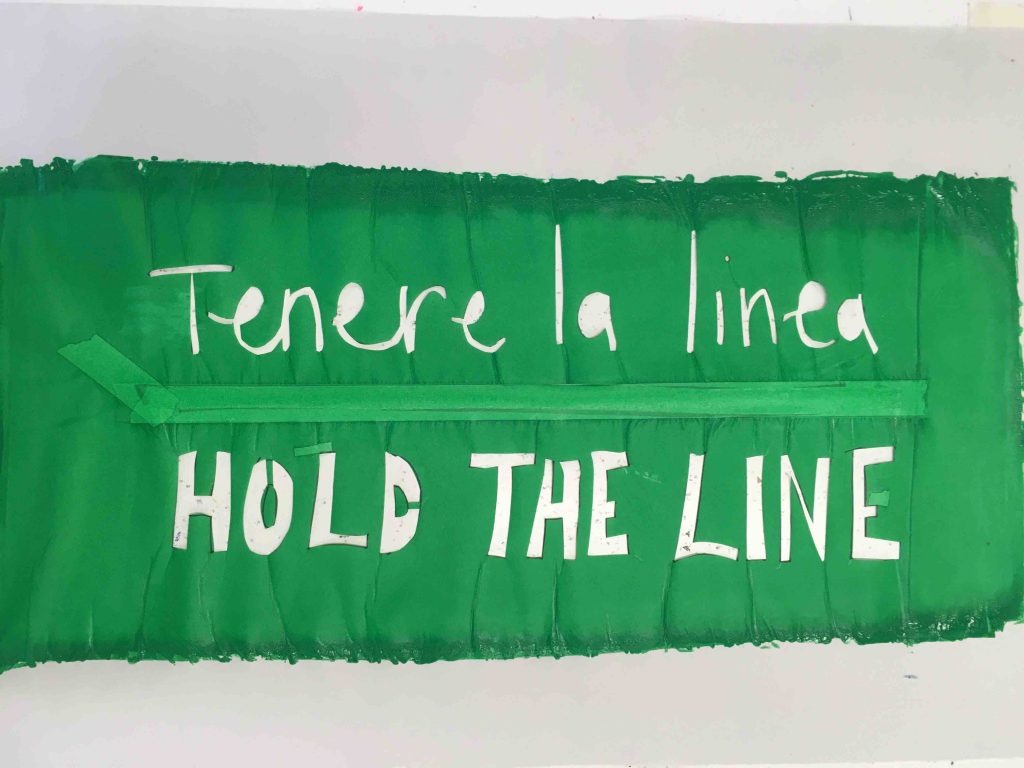 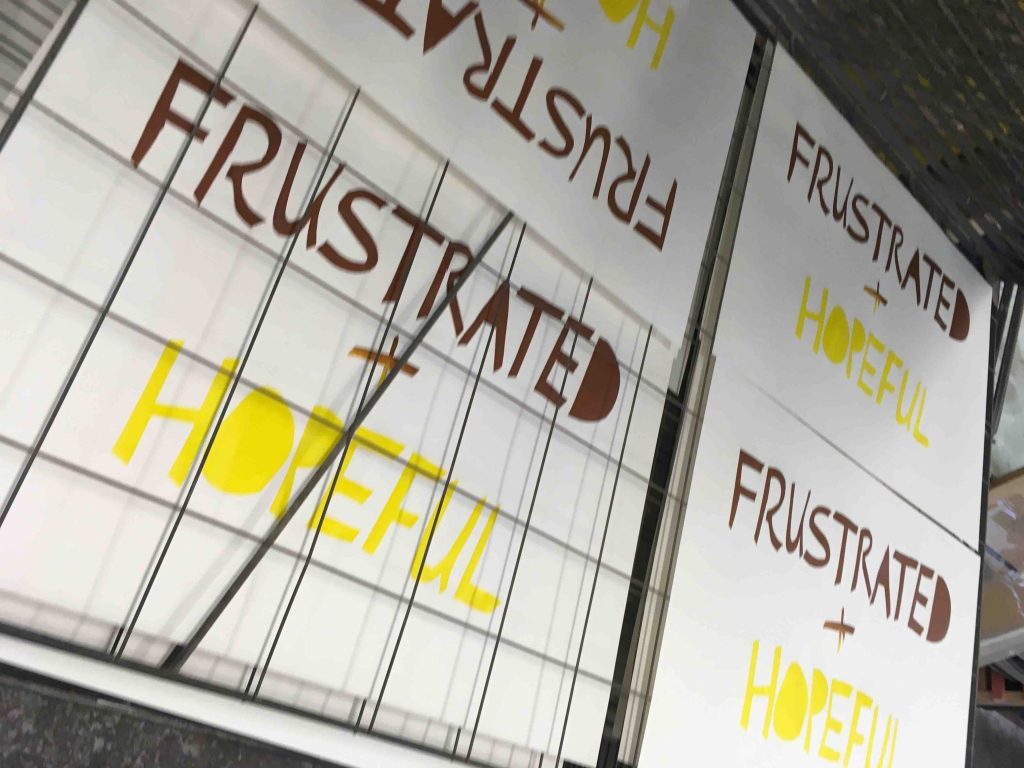 Participants commented on the workshop: 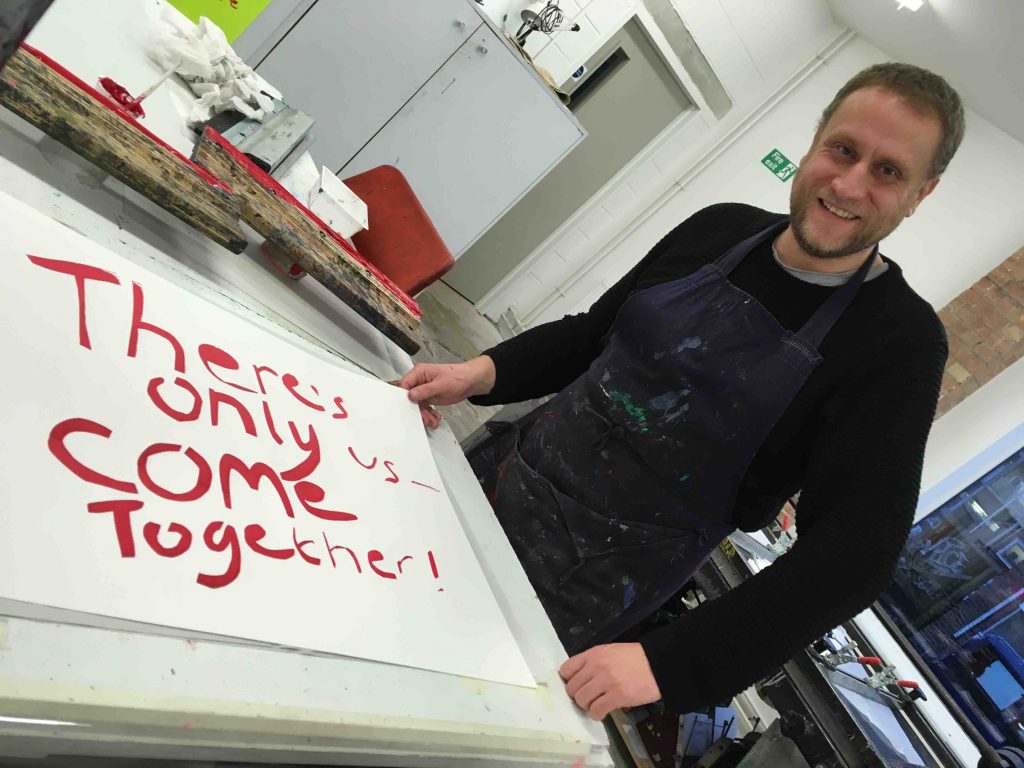 All images are courtesy of Poly-technic.

Radical Print was proposed to CVAN EM’s The Start of Something project, which, through conversation, sought to bring people in the East Midlands together to explore a common goal, share experience and work collaboratively, ultimately to make things happen. CVAN EM supported proposals from groups based in the region, that it considered would benefit the widest community and make the greatest difference within the region.