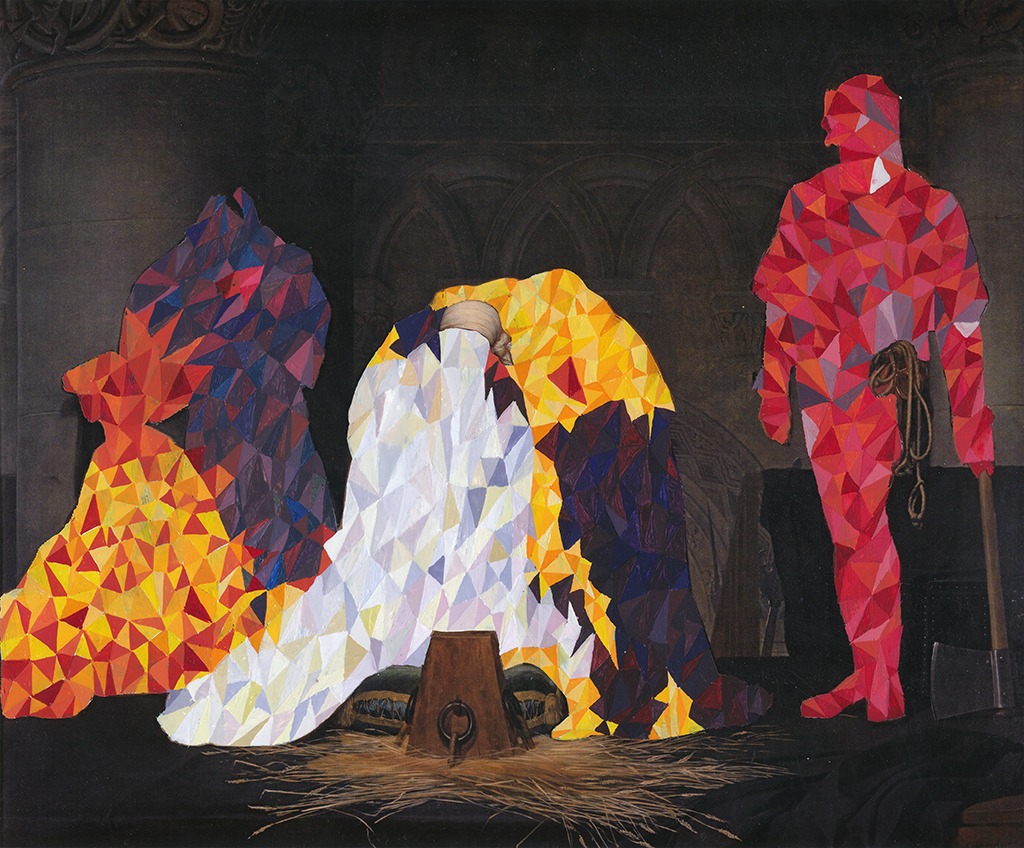 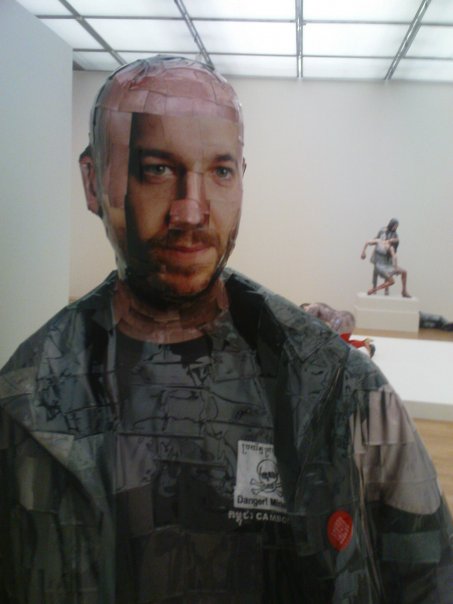 Keep up to date with what Andrew’s doing.

Andrew Bracey’s practice hovers on the fringes of painting as it crosses over and expands into installation, sculpture, drawing and animation.  Within his work Bracey questions the role of the original, the reproduction and exhibition display. His work explores how society has re-configured ways of viewing and processing mass-information in a variety of contexts, from the Sunday newspaper to walking down the high street.

ReconFigure Paintings is an ongoing series of work that features parasitic, painted additions to the ‘host’ humans that exist within historical figurative paintings. Andrew usually adds his own geometric paintwork on top of reproductions of oil paintings, each varying in style, period and type of figuration. Despite using a consistency of rules when painting, each addition manifests its own unique character that can alter the viewer’s perception of the original source.

By appropriating masterpieces and some lesser-known paintings from the medium’s past Andrew creates new works that are symbiotically challenged by, celebrate and are overwhelmed by the originals. The size of each original painting corresponds with different forms of reproductions sourced from gallery shops, such as postcards, prints and pages from catalogues. The ReconFigure Paintings are often enlarged from the small paintings to large digital prints that are the same size as the original paintings.