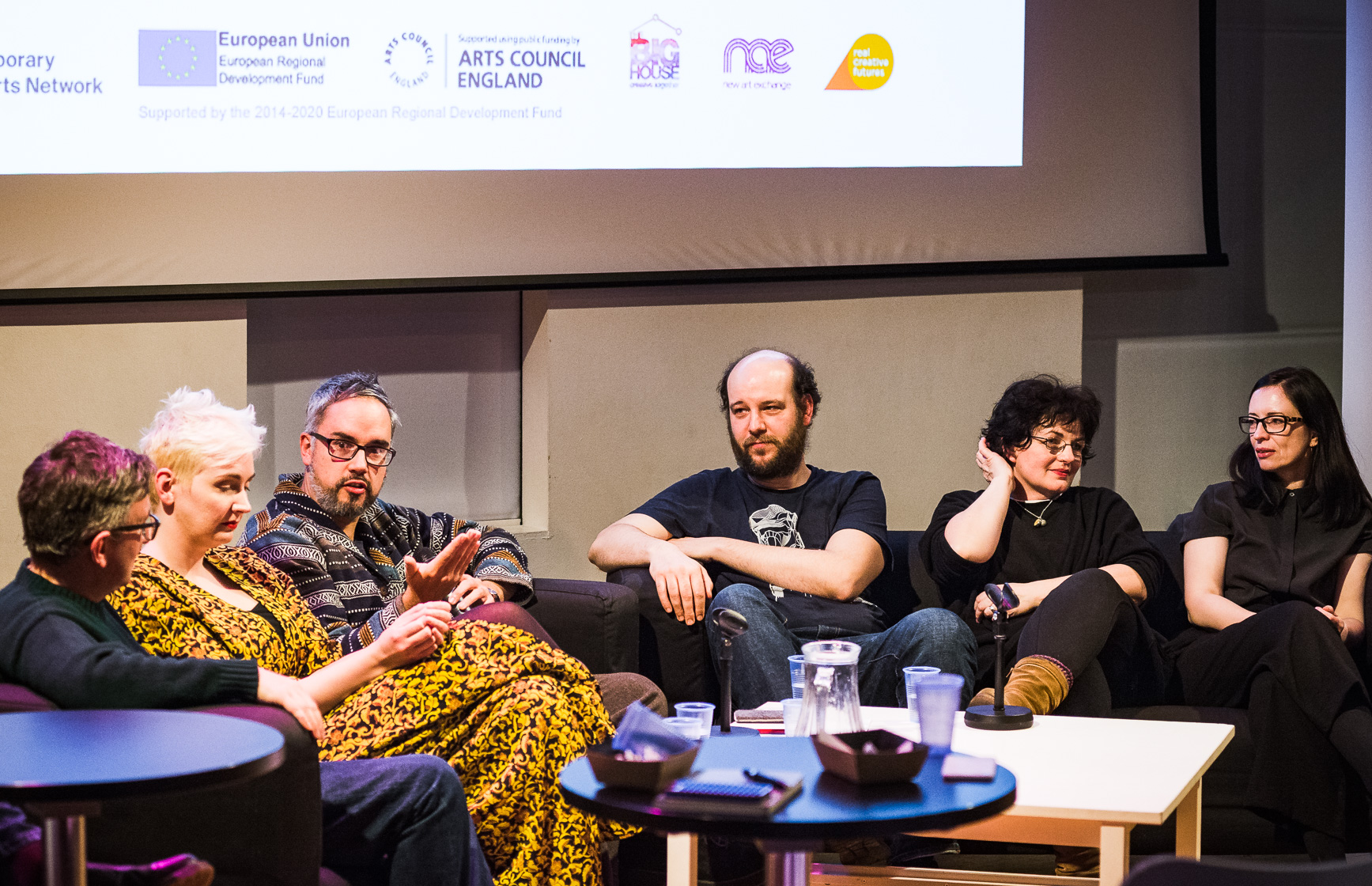 Between February and July we presented Document to audiences at a series of events in Nottingham, Wirksworth, Derby, Loughborough, Lincoln, Leicester and Northamptonshire and Corby. 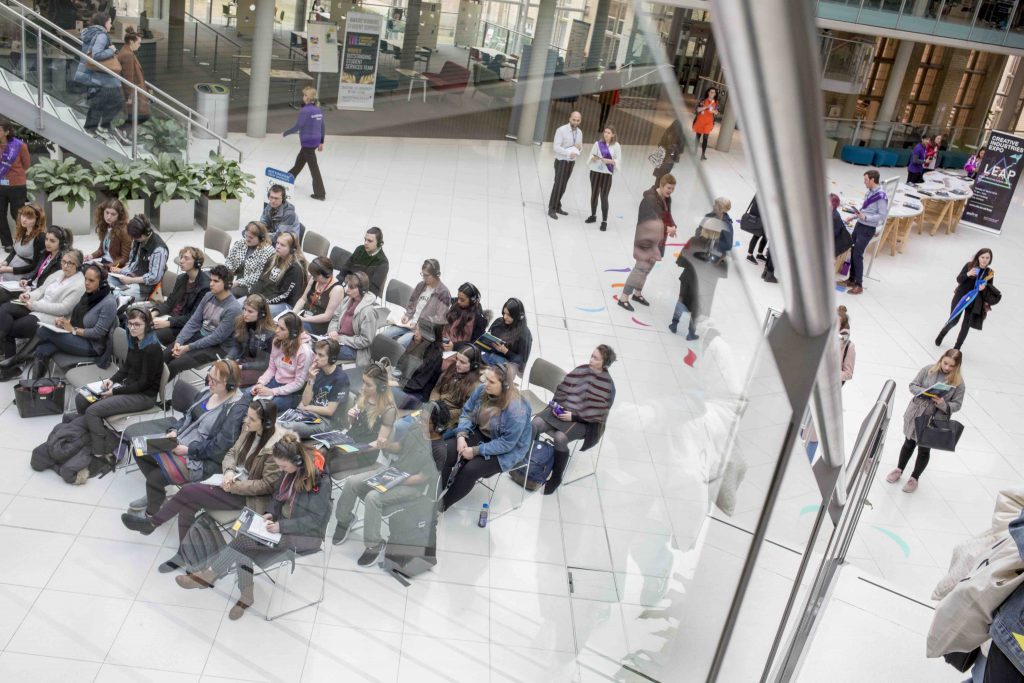 The series kicked off at ‘The Life and Time of a Visual Artist’ on 16th February 2018, with an evening event held in partnership with Real Creative Futures at New Art Exchange. At that event we launched Six Artist Stories, a set of short films commissioned for the project for which the artists talked to award-winning, Leicester-based filmmaker Bill Newsinger. We heard from guest speaker, curator/researcher and Document selector Kerry Harker, who presented her research on artist-led practice and conversed with the six artists – Andrew Bracey, Geoff Litherland, Jessica Harby, Kajal Nisha Patel, Tim Shore and Tracey Kershaw – about their practices and the project.

Following this event we held a roadshow-type session, ‘On Being An Artist’ at which we showed the films and held a Q and A with the artists, at which attendees could find out more about their involvement in the project. 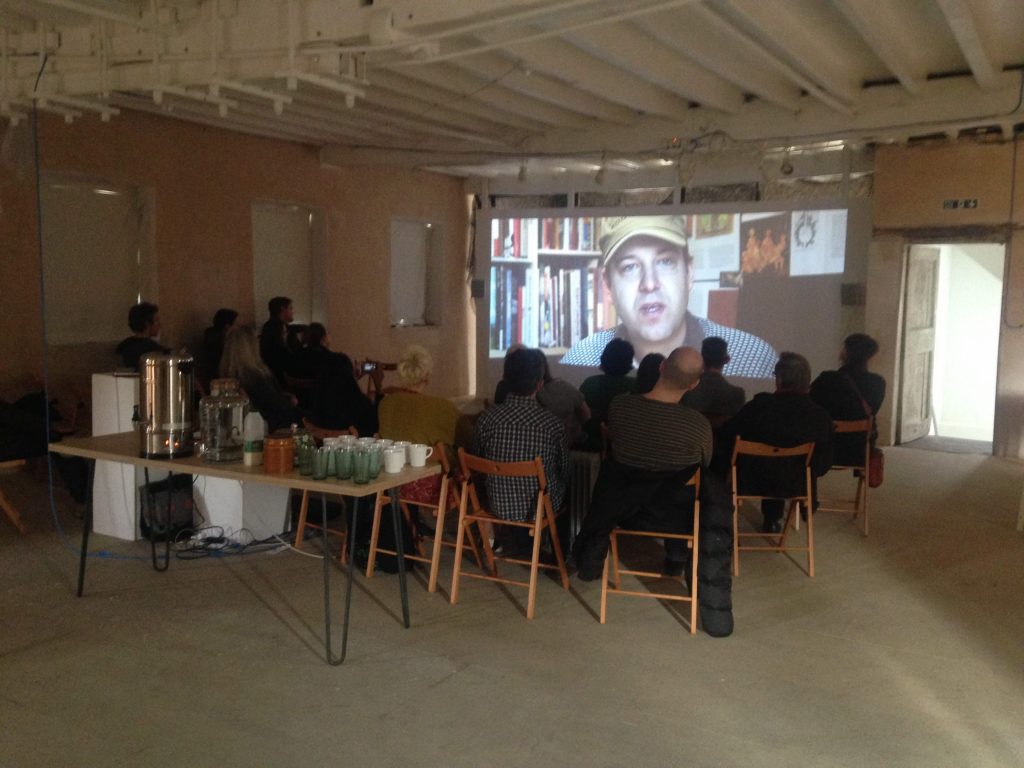 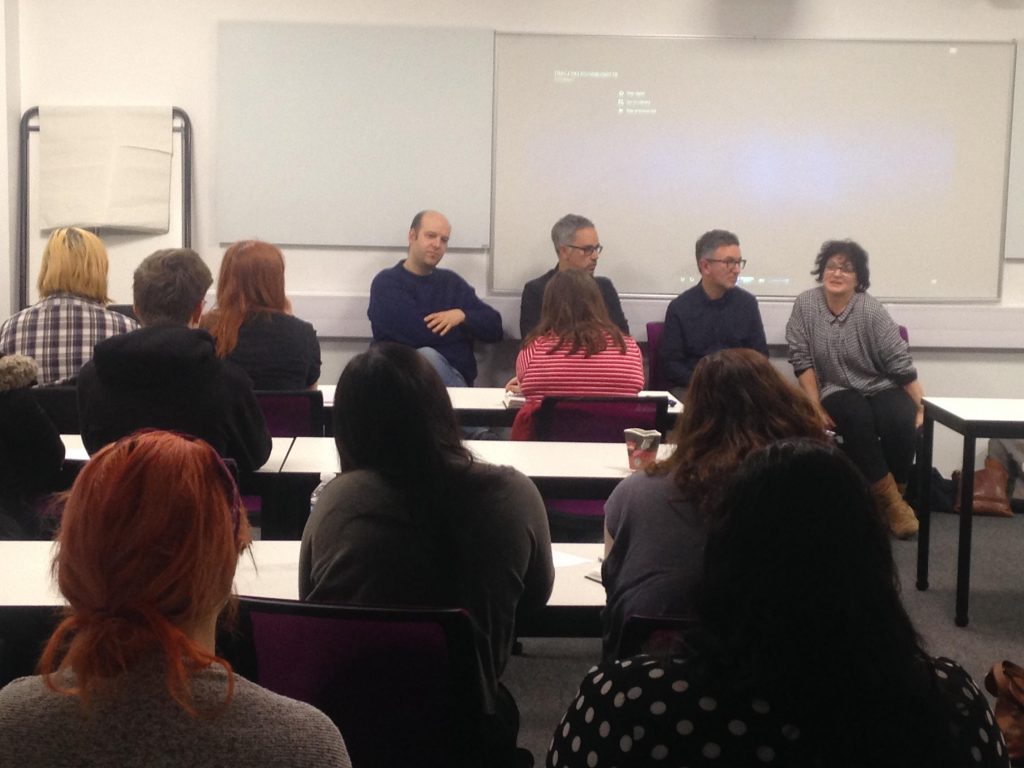 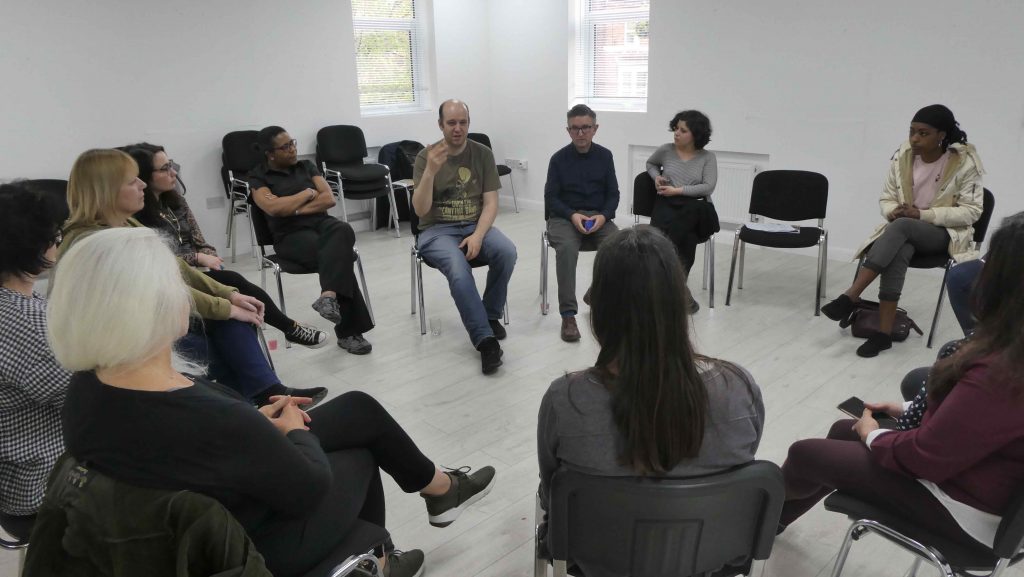 On 8th June at NN Contemporary in Northampton we were joined by artist and curator Gordon Dalton, who had also been on the selection panel for the project. He conversed with the artists about the value of the project in supporting them to reflect on their practices and and spoke of his experience of managing his own arts practice. 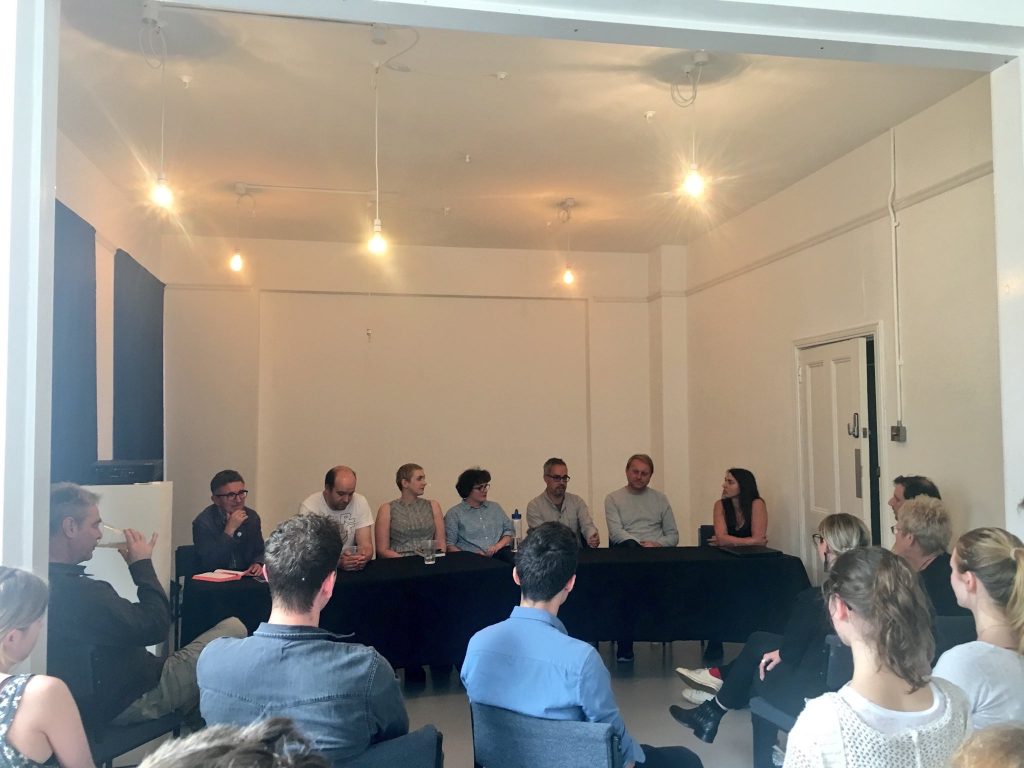 The events were held as follows: 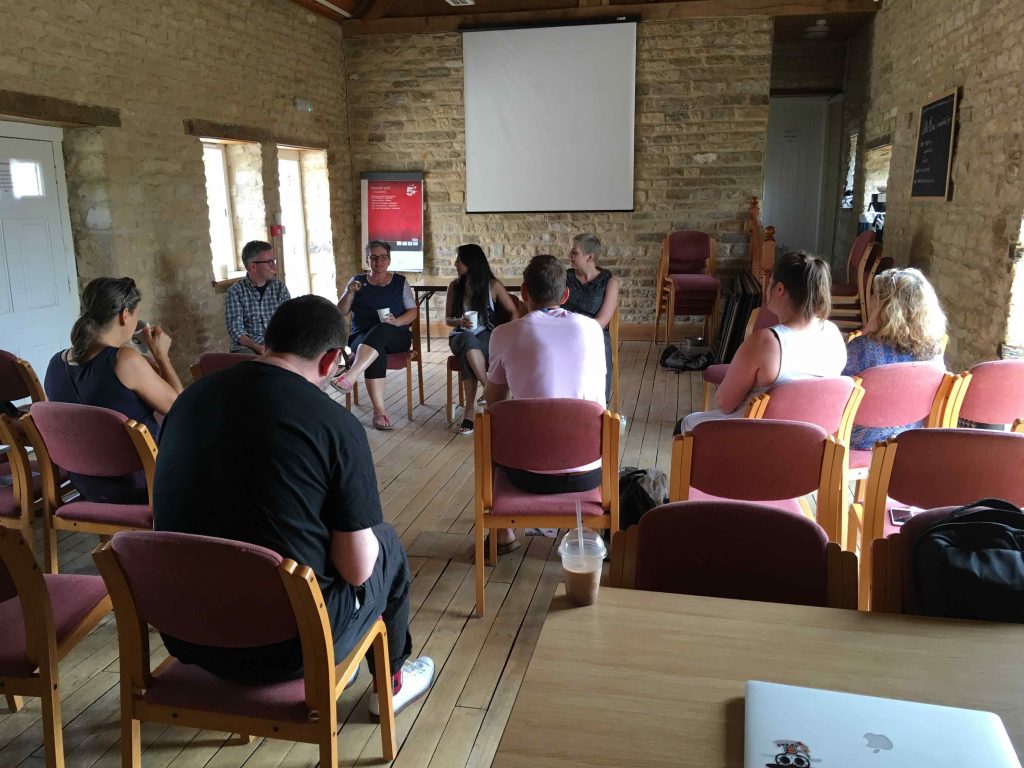 We had overwhelmingly positive feedback to the events. In particular, attendees have commented on the openness and honesty of artists captured in the films and the opportunity to hear them talk about the multitude of approaches to pursue an arts practice, in the East Midlands.

The films will be available online in the near future.

Document is supported by CAMEo, at the University of Leicester, and Arts Council England.
Share This Post
Via Facebook, Twitter or Email
← In Another Place project launch
Another World is Possible: the case study →