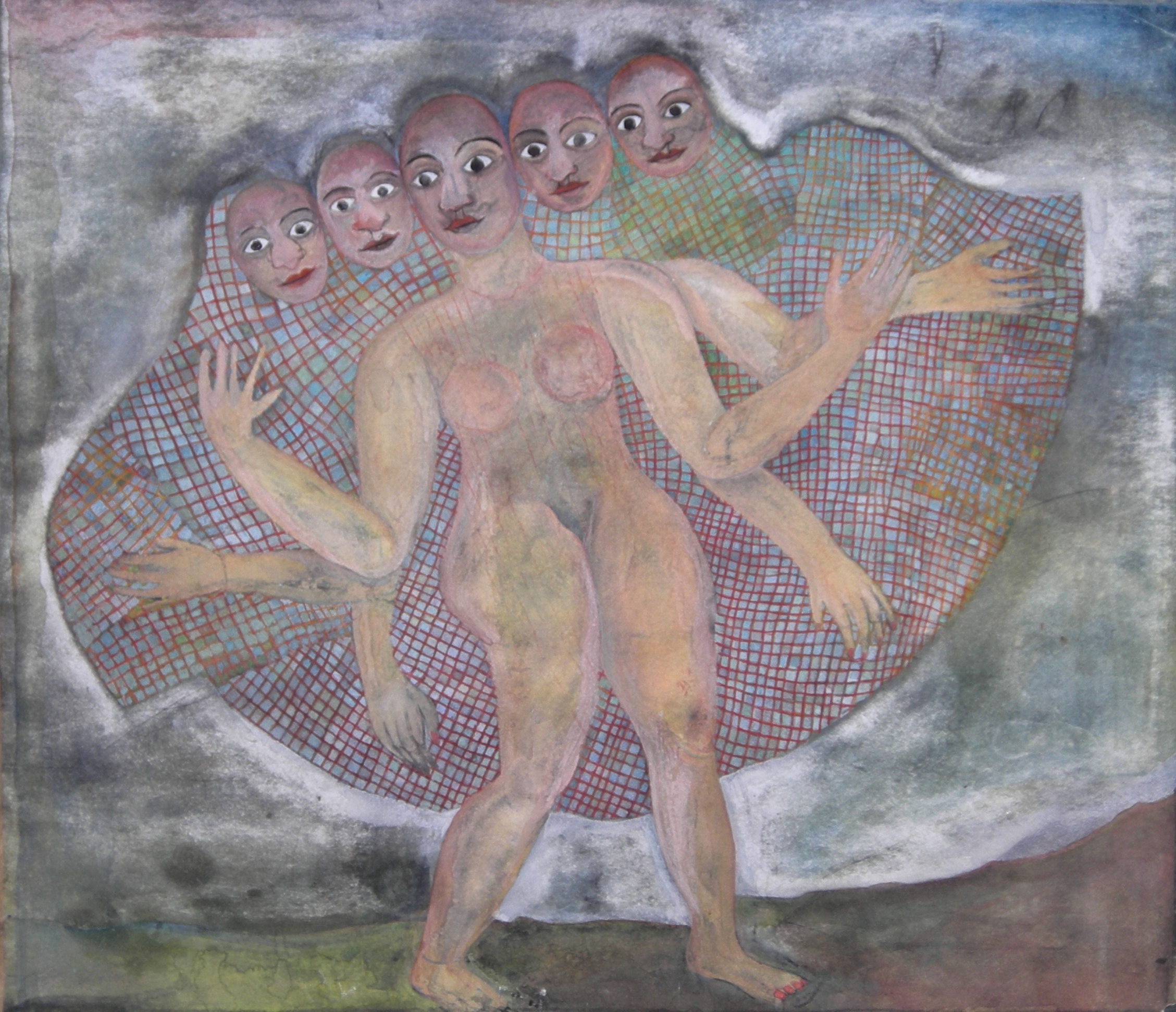 For nearly forty years, Gurminder Sikand lived, painted, and drew in Nottingham. Over that period, which lasted until her sudden passing last November aged 61, she established herself as an active and ever-evolving figure on the regional and the British Asian arts scenes. She exhibited in local, national, and international venues, held many residencies, and gave workshops at schools and other educational and public bodies. For much of her career, gouache paintings of women among trees and nature typified Gurminder’s work. But over the past decade, as those figures grew more muscular and their settings more architectural, she moved away from paint to explore the more precise control over texture offered by the pencil. Though her explicitly palimpsestic approach to drawing marked a distinctive late style, Gurminder’s art nevertheless remained characterised by interests in strong female figures and Indian mythology as well as by her own fastidious and focused dedication to her craft.

Born in the Punjab region of North India, Gurminder moved to Britain at the age of ten, eventually settling in South Wales. She then graduated in Fine Art from the City of Birmingham Polytechnic in 1983, before relocating to Nottingham. In her adopted city she soon received encouragement, early examples of which were the receipt in 1984 of an East Midlands Arts Starter Grant and the award of the East Midlands Arts prize, selected by Gavin Jantjes, for a work displayed at the Local Artists’ Exhibition at Nottingham Castle. The following year she formed the Indian Artists Group with Said Adrus and Sardul Gill, who together had several shows, including at the Commonwealth Institute in London. From 1986 she had many solo and group exhibitions, including at the University of Nottingham; Trent, Manchester, and Staffordshire Polytechnics; the City Art Gallery in Leicester; the Pavilion Gallery in Leeds; the Midlands Art Centre in Birmingham, and Notingham’s New Art Exchange. In 1992 Gurminder had a group show at Angel Row Gallery in Nottingham with five other artists, including Paula Rego and Gurminder’s long-time friend Denise Weston. The catalogue essay was written by another close friend of Gurminder’s, Pauline Lucas. In 1996, Gurminder participated in the exhibition ‘Transforming the Crown: African, Asian and Caribbean Artists in Britain, 1966-96’, held at three New York galleries. In the summer of 2021 she had her final show, ‘The Weaver of Songs’, a one-person exhibition of her recent drawings at the TG Gallery in Nottingham. Details of this show, including links to a review and to Gurminder in discussion with curator Tom Godfrey, are at: http://www.tgal.co/gurminder-sikand

Gurminder is survived by her husband, Tim Youngs, and by their son, Nathaniel Sikand-Youngs, whose words these are. My father and I seek to preserve and promote Gurminder’s legacy of a life devoted to art.