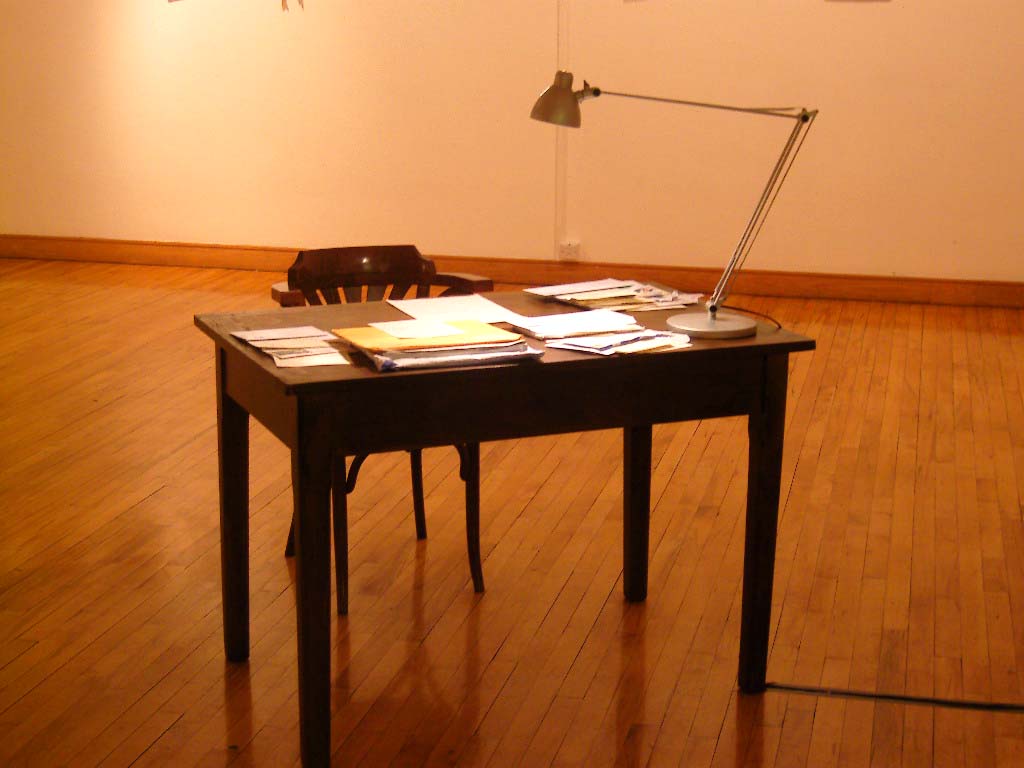 Diana Ali is based in Nottingham. She is a visual artist, independent curator, lecturer and workshop leader, and has exhibited in group shows in London, Sheffield, Manchester and solo at the Air-space Gallery, Hanley. Internationally she has shown work as part of the Roaming Biennial in Tehran, ‘Other Asia’s’ exhibition ReDo Pakistan in Karachi, Pakistan, the Crafts Fair in San Francisco and at the Library Art space in Melbourne, Australia.

Her practice involves drawing, installation and text work. She is interested in correspondence, networking and connectivity and researches the use of collaboration through her curatorial projects. Her current practice is an extension of this research and sees curating as a research methodology involving instructional processes and exchanges. To date she has curated ten exhibitions including ‘Subversive Correspondence’ featuring fifty artists in London and Bristol and ‘Dialogues: A Fake Romance?’ in Swansea with thirty artists and ‘A State of Un-Play’ at Atelier35 in Romania. She is due to curate her next exhibition in Tel Aviv, Israel extending her query of responses from the local to the global.

My practice is a combination of curatorial practices and visual arts. My medium involves fictional writing, drawing, installation and a play on text. I am interested in correspondence, networking, collaboration and connectivity in my practice and my research explores the use of correspondence for our fictitious characters to exist. My curatorial work is an extension of this where I experiment with instructional methods and exchanges with international artists. I often work with several artists from all over the world where I have a dialogue with them in the form of letters, postcards and different ways of corresponding without the internet to bring together different fragments of cultures together in book form, archives and catalogues.

I have been practicing since 2001. I worked as a waitress in an independent restaurant after my BA degree in Fine Art. Not the ideal job but I started to invite fellow artists and recent graduates to showcase their work in the restaurant and this then evolved into curating, collaborative work and driving me to do an MA and become active in the arts industry.

When in London, a group of art students were handing out free writing paper, envelopes and pencils asking strangers to write to them, simply as pen pals. When asked why they were doing this, they responded that they lived in a world of technology, social media and mobile phones and how they were trying to break out of the entrapment of being behind a screen. They were apprehensive and a novice to this face-to-face encounter but I admired their naivety and the gesture.

My practice involves collaboration with other artists to create work, which explores how, as artists we creatively think and interpret the world we live in. I am interested in bringing different fragments of cultures together in one space, whether this is breaking barriers between language, territories or politics. My work is often in book form, postcards and letters and more than often I do not know the people I collaborate with. One particular artist who has inspired me is Richard Layzell’s work ‘Cream Pages: The dialogues of Tania Koswycz and Richard Layzell’. Richard Laysell, creates dialogues between fictional artists but also makes work for them. What really engaged me in this process of working was that he detached himself from himself as an artist and made work as though he was someone else. By having that alter ego, he found that it broke down barriers and built up confidence to start to make work, which as artists can often be too personal to expose.

I am curating a touring exhibition in South Korea this summer (which has been to Israel and Cyprus previously) and have attached the flyer of you could include this as well. The blog for this for more into is: Engagement & Entrapment. My work can be viewed on my website and some of my other curatorial projects can be viewed at: