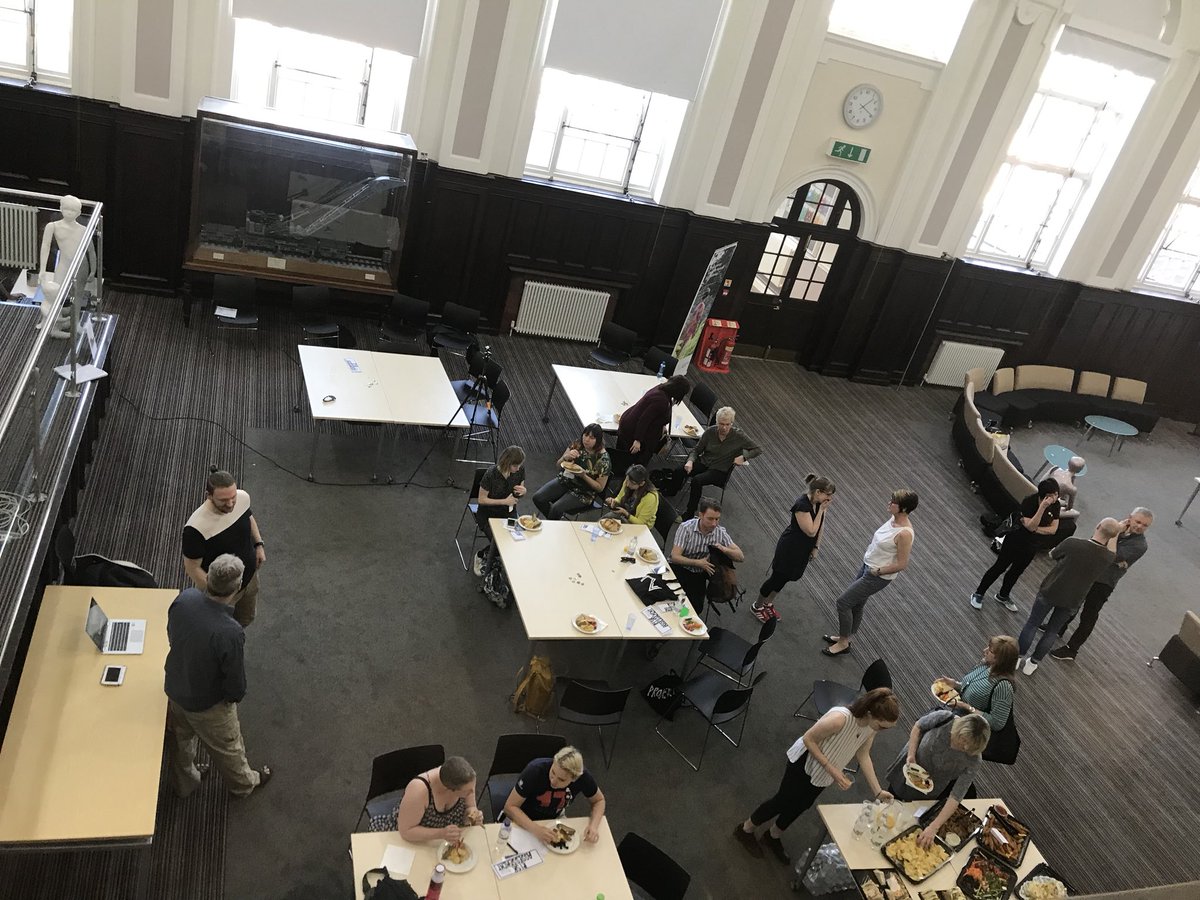 Another World is Possible – our 2018 Annual Event – took place on Thursday 19th April.

The event sought to explore risk taking and possibilities; how to recognise when conditions are right to take risks and what risks are worth taking, what the future holds and what future art practice might look like.

The day started with a viewing of A Manipulation Of Terms, an exhibition by Northampton-born and educated artist Dylan Fox, whose work is hinged on how social constructs affect people, aiming to question and shift these constructs, generating work through social interaction, working with other artists and the public. Artistic Director Cather Hemelryk gave delegates an introduction to the show whose title stems from the inflated truths within many forms of advertising and signage at British seaside towns. Complete with a games arcade, neon lights and its own rock shop, the exhibition enabled Dylan to use of the seaside vernacular in this most central of Midlands town to heighten feelings of displacement and a sense of being lied to.

Having met at the exhibition, the group walked and talked, in glorious sunshine, from the Cultural Quarter through the park to University of Northampton’s Avenue Campus. 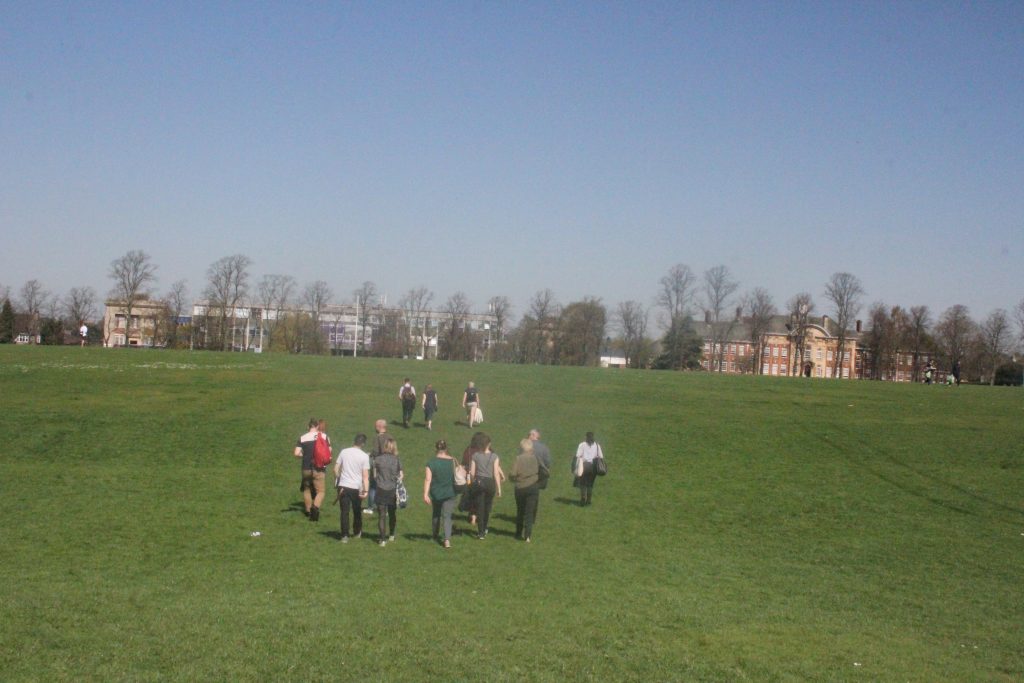 On arriving at the University’s Newton Grand Hall, the group heard from artist and curator Ryan Hughes who shared his experience of laying the foundations for and delivering the first Coventry Biennial of Contemporary Art in 2017. He gave the context for the event, describing the city’s artist-led pedigree, its place within the worldwide gaming industry, and its bid to become the next City of Culture. He informed the group that the city’s cultural strategy’s two year time span, meant that adopting a biennial model made sense.

Ryan went on to tell the assembled group that with partnerships and funding in place and with a growing audience and profile, the 2019 event, is to be called The Twin, drawing on what will be the city’s 75 year history of town twinning. 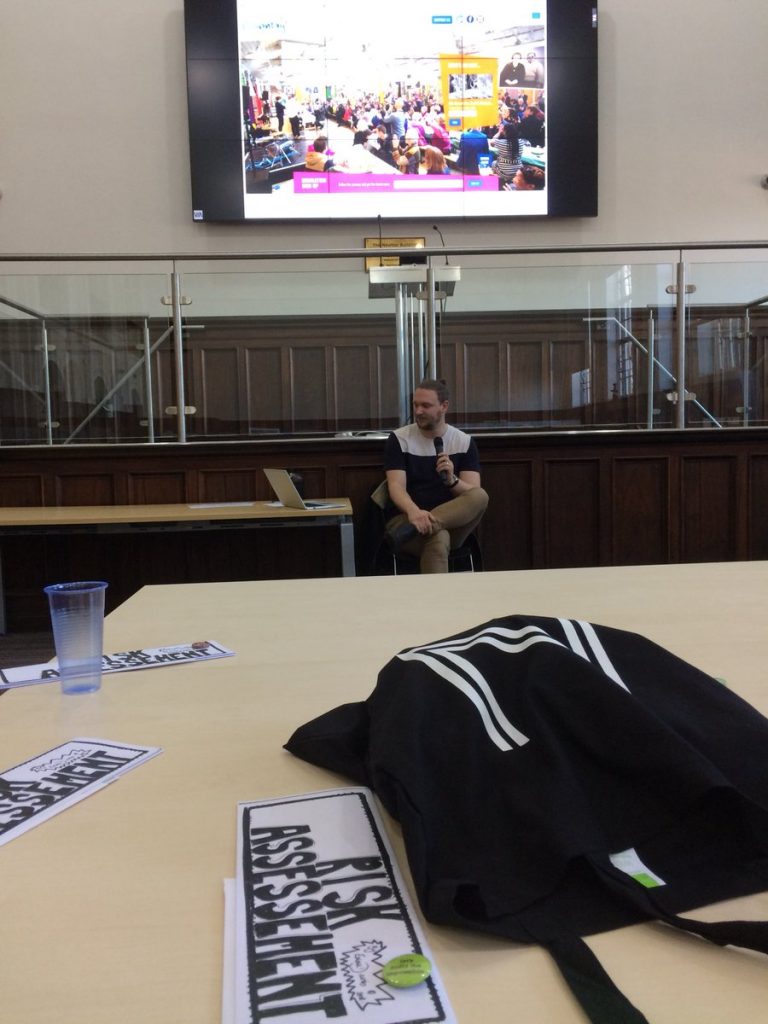 With food for thought, delegates networked over lunch and saw new artwork produced especially for the event by students* on the University’s BA and MA courses. 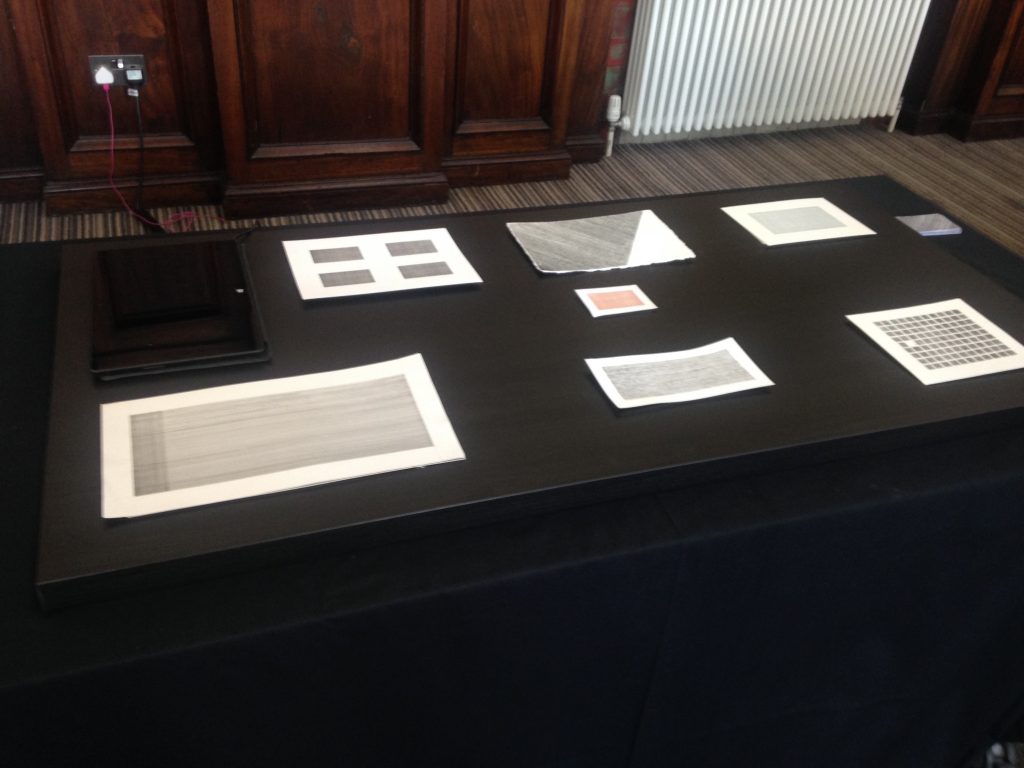 Following lunch, the delegates formed small discussion groups and with a facilitator looked at what they wanted to see and what might be possible in Northampton: a biennial, artist studios, collaboration. 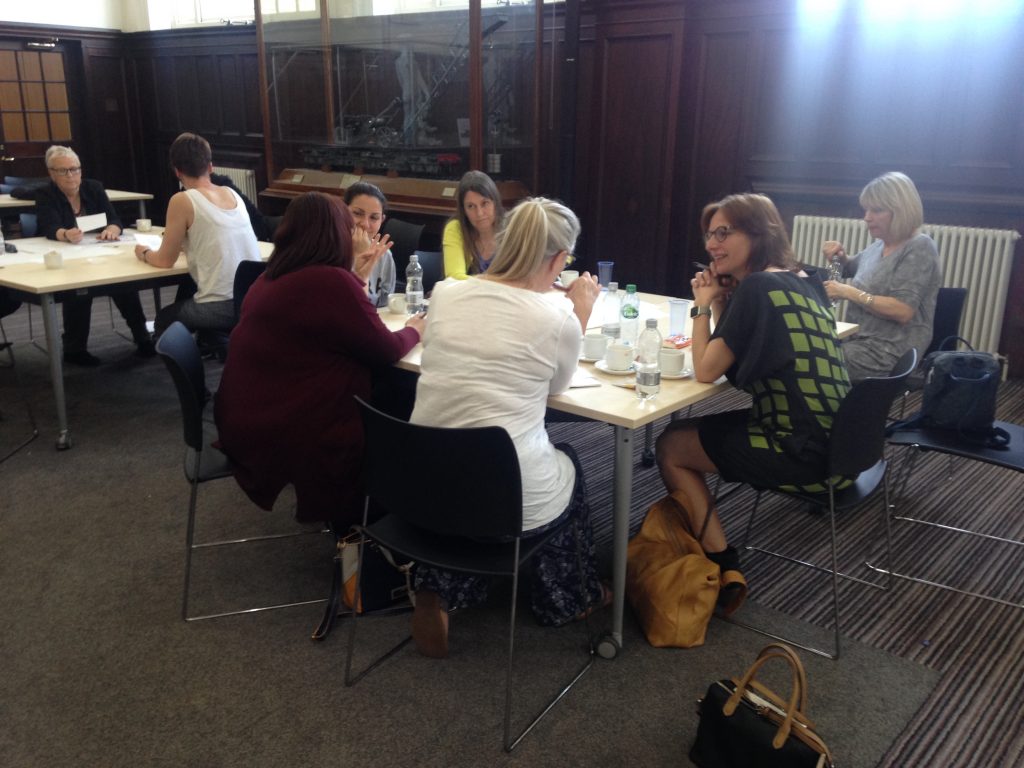 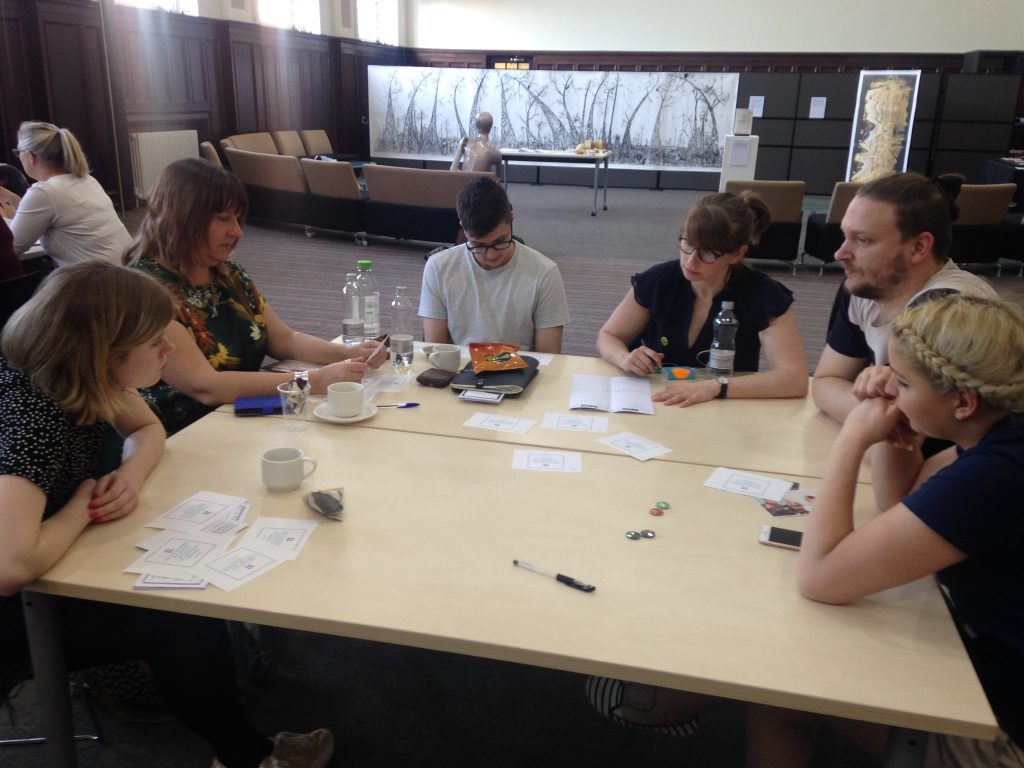 The day ended on a positive note, with delegates feeling that another world is possible and it’s name is Northampton! They left with their very own Risk Assessment, an artwork produced specially for the event by Northamptonshire-based artist Emma Davies, for them to carry out at their leisure! 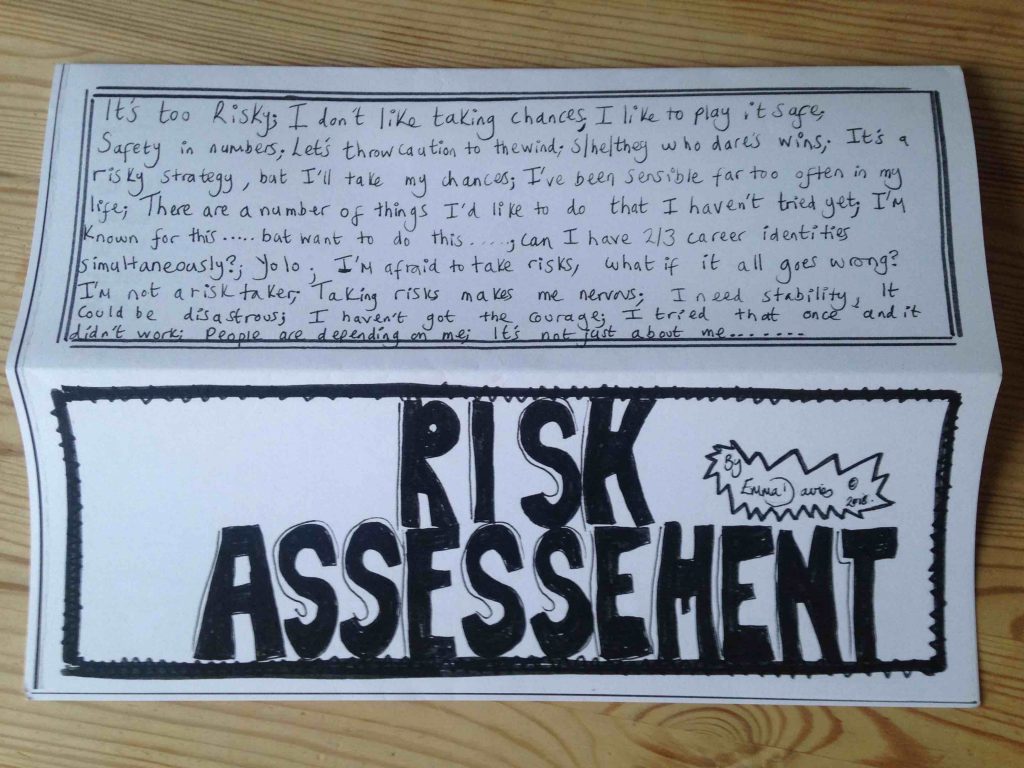